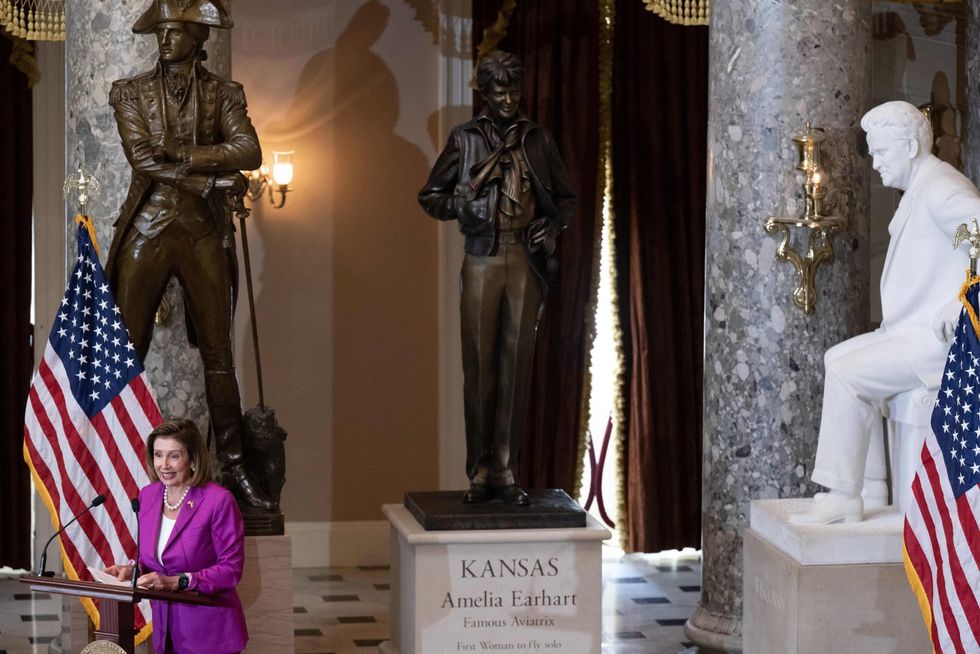 Amelia Earhart has been grounded in the U.S. Capitol. She’s locked down with bolts onto a Cottonwood Limestone base quarried in Kansas in a corner of National Statuary Hall next to Thomas Edison and Chief Standing Bear. There is no risk of her taking flight. “Amelia Earhart has landed in Washington, D.C.,” said U.S. Rep. Sharice Davids, D-Kansas, in a ceremony unveiling Earhart’s statue at the Capitol on Wednesday, just three days after Earhart’s 125 birthday. A group of dignitaries — including former U.S. Sen. Pat Roberts, House Speaker Nancy Pelosi, Senate Minority Leader Mitch McConnell, Go...