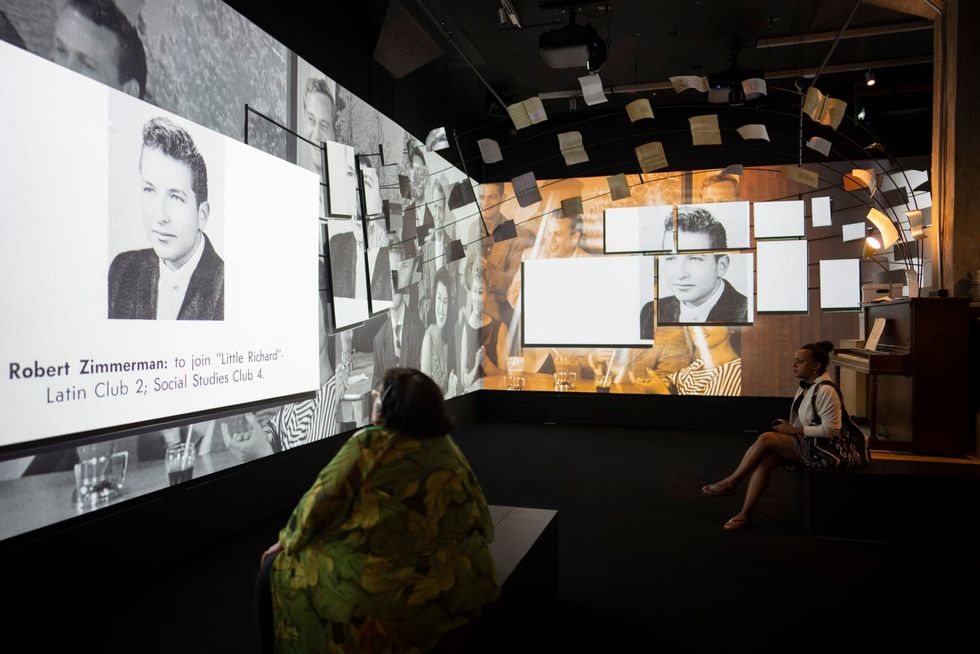 The first members of the public to enter the Bob Dylan Center in Tulsa, Oklahoma, watched a multimedia presentation on Tuesday, May 10, 2022. - Jeff Wheeler/Minneapolis Star Tribune/TNS

SAN DIEGO — David Peck's birthday gift came early this year. The founder of San Diego's 30-year-old Reelin' in the Years Productions — a leading archive for rare music film and video footage — on Monday announced the discovery of previously unseen 1969 concert footage of Bob Dylan and The Band. The two-minute clip is the first known professionally shot film of Dylan's Isle of Wight performance. It marked his official full-concert return to the stage following a three-year hiatus after Dylan's 1966 motorcycle crash in Woodstock, New York. Dylan's Isle of Wight gig drew three members of The Beat...