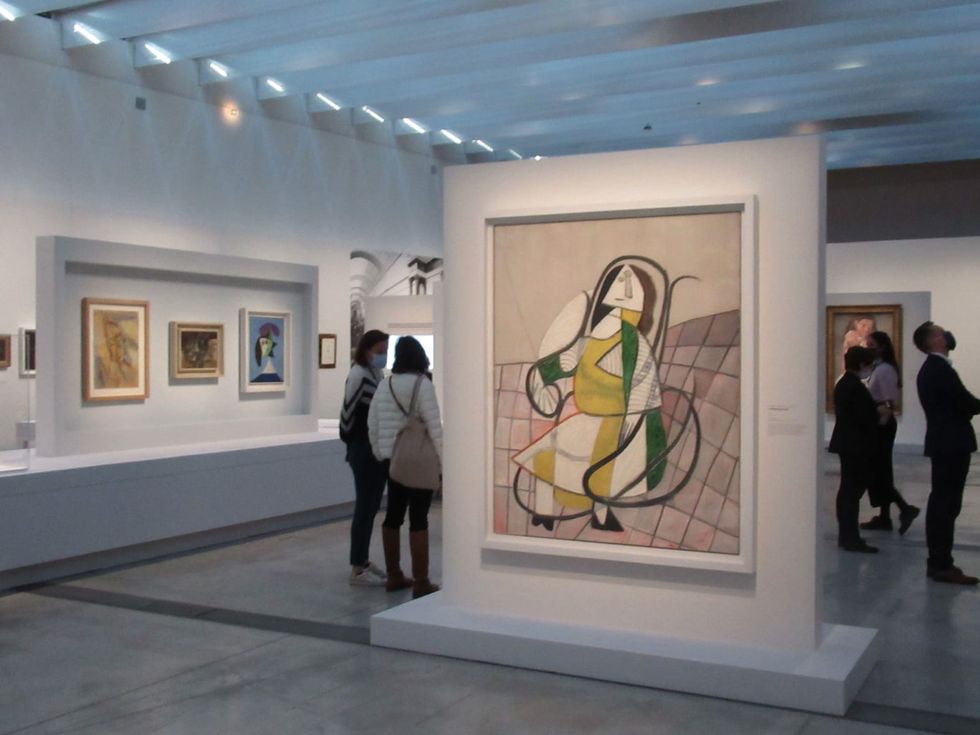 A new exhibition is shedding light on the tumultuous relationship between Picasso (accused of stealing Louvre works) and the Louvre (didn't like Picasso's works). Sabine Glaubitz/dpa

For years they both disregarded and admired each other. Now that dust has begun to settle on their enmity, the Louvre is, for the first time, shining a light on the relationship between Pablo Picasso and the world-famous museum.

The lesser-known history of the interactions between two greats of the art world is the focus of this show, Dimitri Salmon, curator of the exhibition, said announcing the show on display in the Louvre's branch in the northern French city of Lens until January 31, 2022.

The Louvre, with its specialists in ancient painting, was highly critical of Picasso's modernity, Salmon explained.

With 450 works ranging from paintings to ceramics to photographs, the museum is exploring the heated relationship between one of the 20th century's most important artists and one of the world's greatest museums.

The first decades in particular were tumultuous, beginning with suspicions that Picasso (1881-1973) had been involved in the theft of two Iberian statuettes.

A friend of Picasso, Guillaume Apollinaire, turned out to be the thief of the two stone sculptures, which are also on display.

In 1937, the proposal to buy the painting "Still Life with a Pitcher and Bread" provoked stormy exchanges. One of the members of the artistic committee even went so far as to say that he would not even hang the painter's pictures in his toilet.

Picasso, who settled in Paris in 1904, first visited the Louvre in 1900. Full of wonder and admiration, he discovered the collections of Egyptian, Greek, Roman and Asian antiquity, as well as the paintings of Nicolas Poussin and Jean-Auguste-Dominique Ingres.

Their influences on Picasso are illustrated through their juxtapositions near his works in the exhibition.

Then, in 1971, the Louvre paid a unique tribute to the Spanish artist. Picasso was exhibited alongside works by Old Masters in the Grand Gallery.

During his visit to the exhibition, then-president Georges Pompidou mentioned publicly for the first time that a Picasso museum would be created.

The Musee Picasso, one of the most popular museums in Paris and the world's biggest Picasso museum, recently announced that it was expanding its already massive catalogue of Picasso paintings by another eight works.