Madison Cawthorn crashes school board mask mandate meeting to attack Dem governor: ‘We will not accept your edicts’ 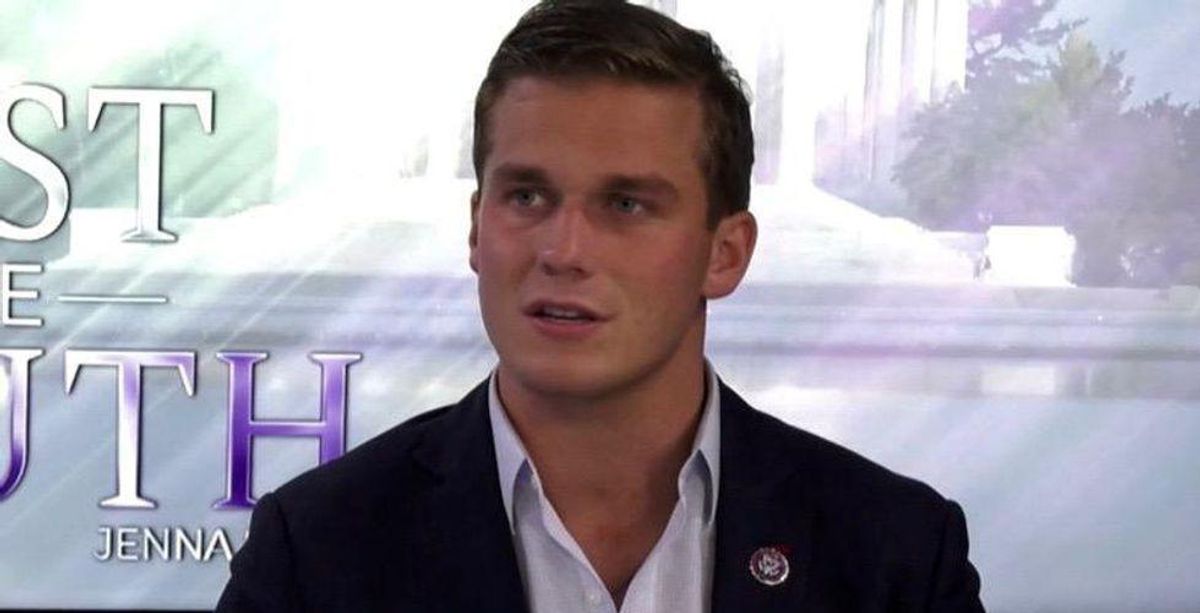 U.S. Rep. Madison Cawthorn (R-NC) Monday night attended the Henderson County, North Carolina school board meeting on mask mandates and was one of about 20 people who addressed its members – but instead of focusing his remarks on the evening's topic of masks he mostly used his allotted time to attack Democratic Governor Roy Cooper.

“You are not the king, we are not your subjects. We the people will not bow to you. We will not accept your edicts. North Carolinians have had enough," declared Cawthorn, reading from a prepared speech.

Cawthorn, who plans to pull the same stunt at another school board meeting Tuesday night, told the board that "tyrants thrive when freedom is sacrificed on the altar of safety. Unbridled executives yearn for a fearful populace because power is found in fear. I believe King George III would be immensely proud of Governor Roy Cooper, he's wanting to state with an iron fist Liberty be damned."

Rep. Cawthorn, who has no children, was home schooled, and dropped out during his first semester of college after reportedly earning "D" grades, addressed the governor, who was not present at the local meeting: "Stop using my constituents children's as political pawns, educate them, don't indoctrinate them. Stop forcing people to co-parent with the government."

Cawthorn's attempted hijacking of the school board meeting did not work.

"Students in Henderson County will continue wearing masks after a nearly unanimous School Board voted Monday, Sept. 13 to continue its mandate," the Hendersonville Times-News reports.

Madison Cawthorn decided to use the Henderson Co, NC school board meeting tonight to incite sedition against Gov Cooper: “You are not the king, we are not your subjects. We the people will not bow to you. We will not accept your edicts. North Carolinians have had enough." pic.twitter.com/CTyLbuKDdd
— Ron Filipkowski (@RonFilipkowski) September 14, 2021