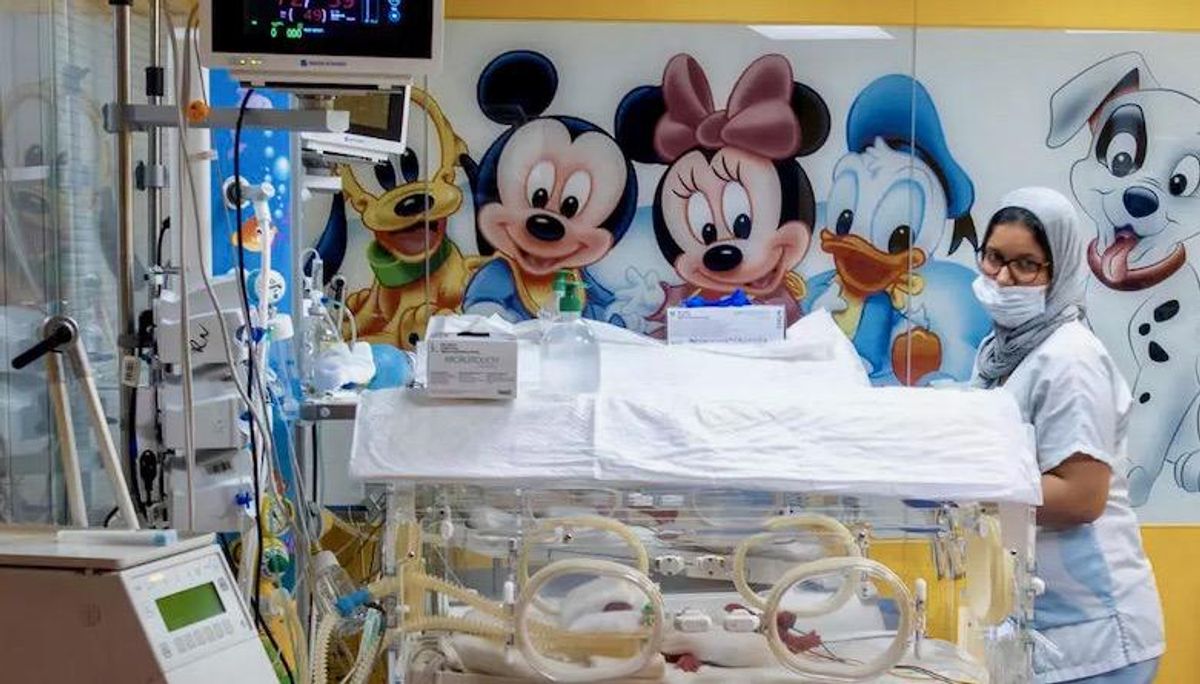 The nine babies born to a Malian woman on May 4 are doing well but need to remain under observation for up to two more months, the Moroccan clinic where she delivered said Wednesday.

Abdelkoddous Hafsi, spokesman for Ain Borja clinic in the city of Casablanca, said the nonuplets were now breathing without assistance as they had "crossed the stage of respiratory distress".

They are being tube-fed and their weight has "significantly" increased, to between 800 grammes and 1.4 kilograms (1.7 and three pounds), he told AFP.

The mother, 25-year-old Halima Cisse from Timbuktu in northern Mali, is staying near her five baby girls and four boys.

They still need "another month and a half or even two months to be able to face life" without the clinic's assistance, said Hafsi.

A medical team of 10 doctors assisted by 25 paramedics was mobilized for the multiple births by caesarian section.

Mali's government flew Cisse from the West African nation to Morocco for better care on March 30. She was initially believed, after ultrasounds, to have been carrying septuplets.

Cases of women successfully carrying septuplets to term are rare -- and nonuplets even rarer.

The verified world record for the most living births is eight, born to an American woman, Nadya Suleman, nicknamed "Octomum", in 2009 when she was 33.