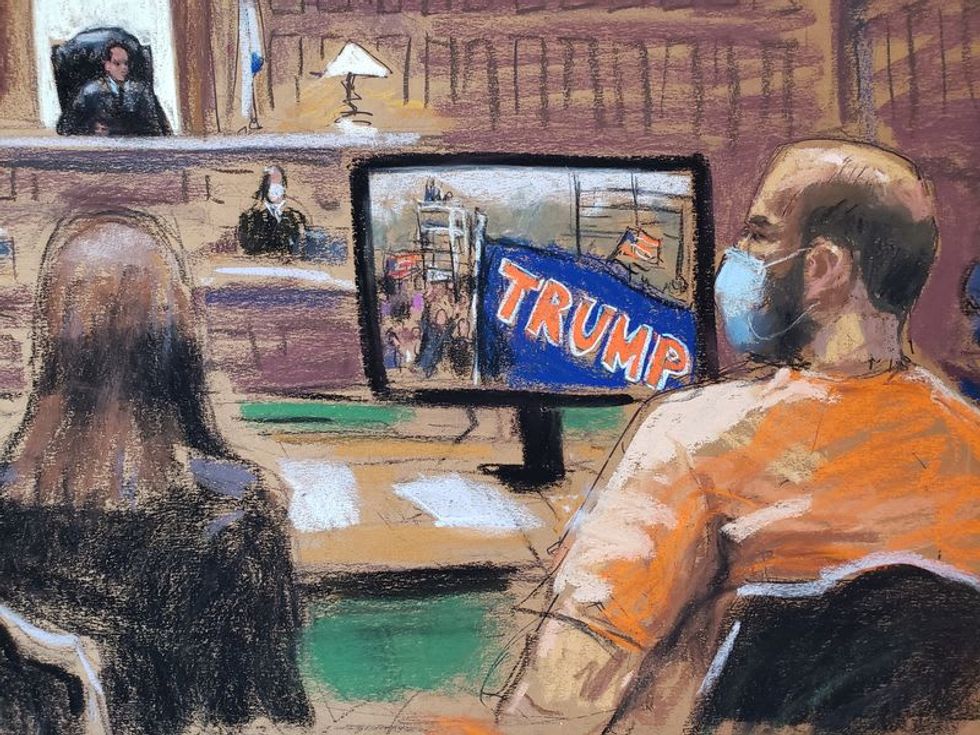 WASHINGTON (Reuters) - George Tanios, one of two men who had been accused of assaulting police officers during the Jan. 6, 2021, attack on the U.S. Capitol including now-deceased Capitol Police Officer Brian Sicknick, pleaded guilty on Wednesday to lesser misdemeanor charges.

Tanios, 40, appeared for a virtual hearing in the U.S. District Court along with his co-defendant Julian Khater, pleading guilty to entering and remaining in a restricted building or grounds, and to disorderly and disruptive conduct on restricted grounds.

Prosecutors said on Wednesday they also offered a deal to Khater in which he would have to agree to plead guilty to two felony counts of assaulting federal law enforcement. The plea offer expires on Aug. 17, but Khater's attorney said they need more time to review it before making a decision.

Tanios and Khater were each originally charged with multiple criminal counts including felony assault for attacking at least three U.S. Capitol and Washington police officers with a chemical agent that day.