'Is he alert or not alert?' Maria Bartiromo and Larry Kudlow smear Joe Biden's mental fitness 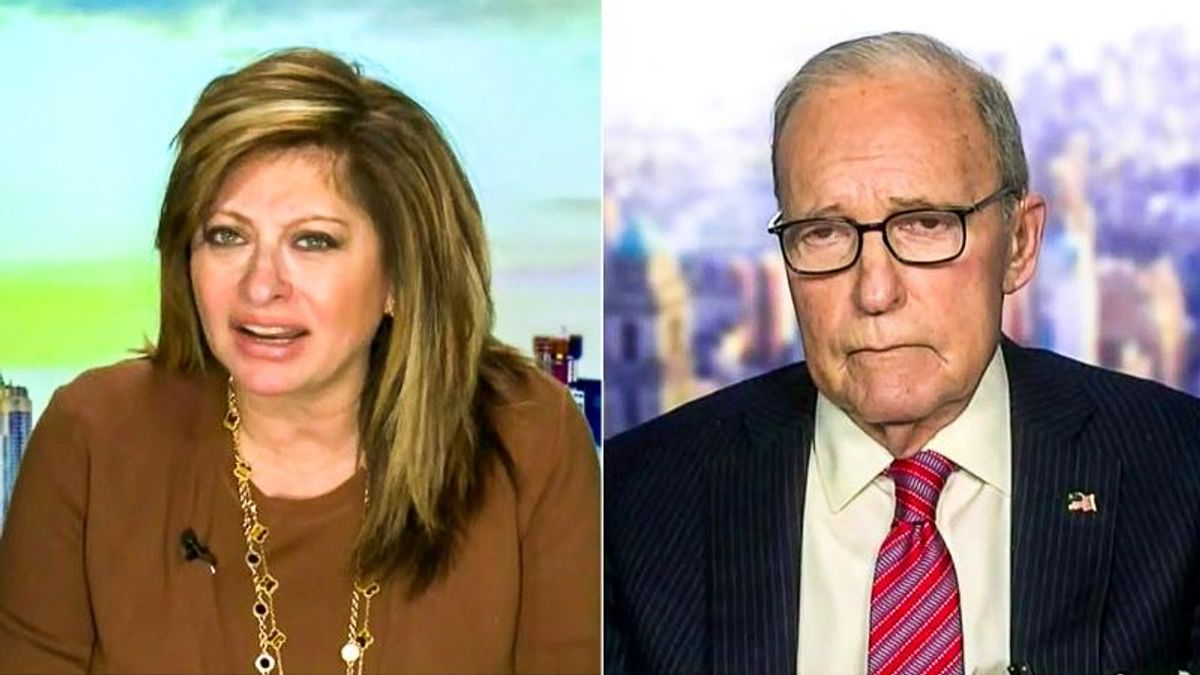 Fox News host Maria Bartiromo and Fox Business host Larry Kudlow on Wednesday engaged in a discussion about whether President Joe Biden is "alert" enough to understand the executive orders that he has enacted.

During an appearance on Fox Business, Kudlow complained that Biden "may be the most left-wing president we have ever seen."

"Who the heck is coming up with these ideas?" Bartiromo wondered. "You know, some people feel like Susan Rice is running things. Does President Biden understand what he's signing into law here with these executive orders?"

"Well, that's a good question," Kudlow replied. "Look, I'm not going get into is he alert or not alert. He is who he is. I knew Joe Biden very well a long time ago, but not for the last eight or 10 years."