Marianne Faithfull turns to poetry as COVID robs her of song 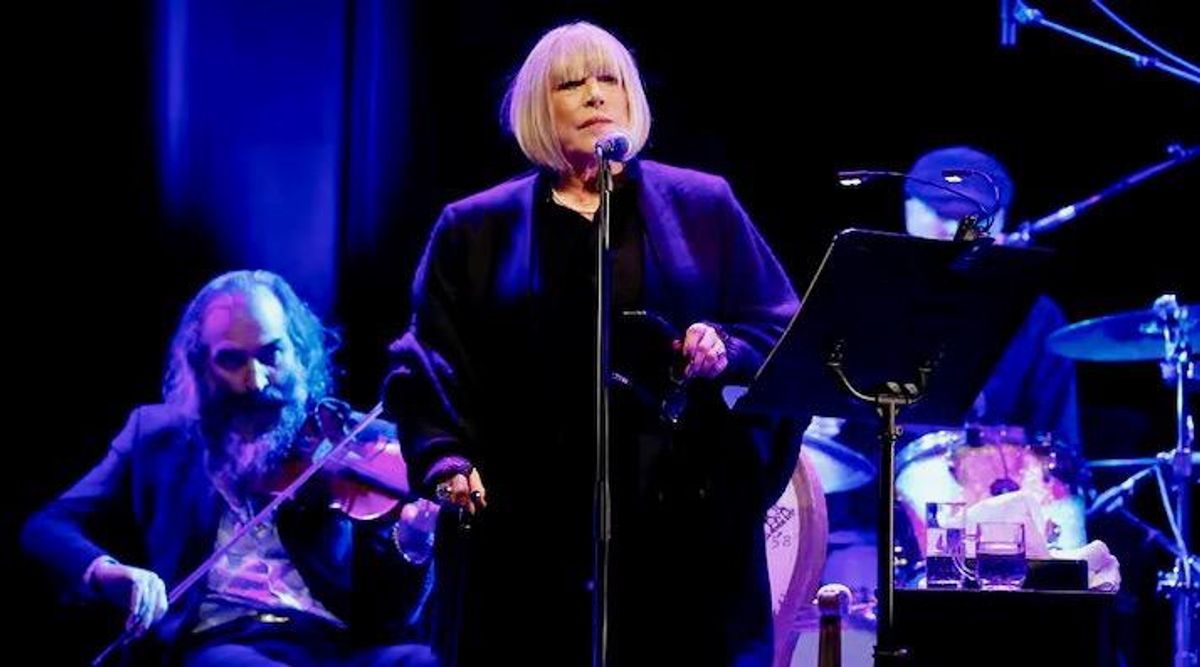 Iconic British artist Marianne Faithfull fears she may never sing again after a brutal dose of Covid-19 last year, but a new album of poetry set to music has given her a beautiful outlet.

The 74-year-old spoke to AFP by phone from her home in London, but sounded even further away, her voice heavy with fatigue.

"I caught it really badly and nearly died and now I've got what they call long-term Covid," she said.

"It's not the virus but it certainly feels like it. It's in my lungs so I can't talk for very long."

Asked if she will sing again, she is saddened: "Darling, I don't know. I hope I can. I do singing practice once a week. A friend comes over and plays my lovely guitar and I practice.

"It's an awful thought," she added. "Whatever happens, I can't change it."

But far from defeated, she has spent the past few months completing an album begun before the pandemic.

It features her reading some of her favourite poetry -- Byron, Shelley, Keats and other 19th century romantics -- with backing music from an all-star cast that includes Warren Ellis, Nick Cave and Brian Eno.

It was Cave that suggested "She Walks In Beauty" as a title. She had wanted a different line from Byron -- "So We'll Go No More a Roving" -- "but Nick thought that was a bit negative," she said with a laugh.

She seems genuinely surprised that the album has worked out so well.

"Warren and I listened to quite a few records that people have made with poetry and music behind them, and most of them are awful. It's quite hard to do it right. We were very lucky," she said.

The poems have been close to her heart since her schooldays in 1950s England, for which she thanks a Mrs Simpson, one of the only teachers at her convent school who was not a nun.

That was before her famous entry into Swinging Sixties' London, spotted at a party by the manager of the Rolling Stones and becoming a muse to Mick Jagger, with all the sexist baggage that came along with that status.

She enjoyed the highs of sudden fame and fortune, but also deep lows of drug addiction and homelessness, and emerged on the other side with tales to tell.

She built a long career with more than 20 albums to her name, including the landmark "Broken English" from 1979 that has become a touchstone for dark, orchestral pop, ensuring a steady stream of younger artists keen to work with her, including PJ Harvey, Jarvis Cocker and Beck.

Ever the survivor, she faced her hardest trial yet with the pandemic that nearly took her life last year, but she pushed through and managed to record the album at a distance.

"It was not as hard as I thought it would be," she told AFP.

"But it was a bit of a problem. When you're in the studio together you can tell a lot about what people are thinking from their body language. We didn't have that at all. It's incredibly lucky that it turned out as well as it did," she said.

Though she worries about losing her singing ability for good, perhaps the poetry offers a way forward. Would she consider a French version, in memory of the many years she spent in Paris?

"I'd love to do Baudelaire, Rimbaud, but I don't speak French well enough. I'll have to think about it..." she said.