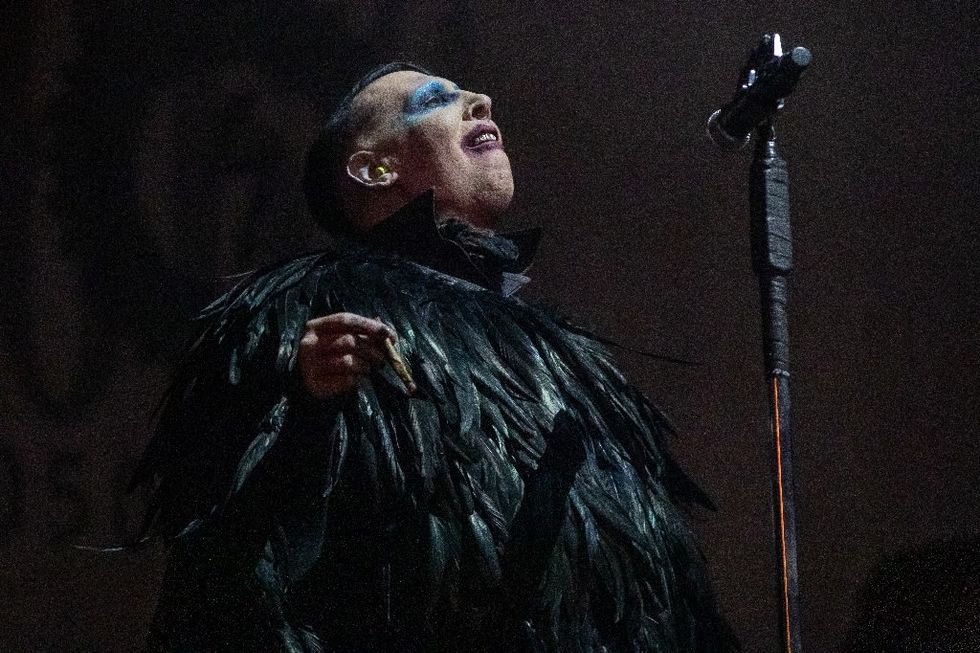 Los Angeles (AFP) - Marilyn Manson on Wednesday filed court proceedings against his ex-fiancee US actress Rachel Even Wood -- who has accused the goth rocker of raping her -- for engaging in conspiracy, fraud and defamation to destroy his career, according to the complaint.

The complaint accuses Wood and her "romantic partner" actor Illma Gore of fabricating malicious claims against Manson, including fraudulently impersonating an FBI agent to pressure "prospective accusers to emerge simultaneously with allegations of rape and abuse."

Wood's accusation became public in January, when she said Manson raped her on camera during the filming of a music video for his 2007 hit single "Heart-Shaped Glasses."

The allegations -- denied by Manson -- were made in HBO documentary "Phoenix Rising," due to be released later this month.

"We had discussed a simulated sex scene. But once the cameras were rolling, he started penetrating me for real," she said.

"I had never agreed to that."

The complaint, filed before the Los Angeles Superior Court, says Wood and Gore provided accusers with "checklists and scripts" and made "false statements to prospective accusers" as part of a scheme that "could benefit them both."

Manson has asked for a jury trial to stop the allegations and to assess and award damages incurred by the singer.

Known for his controversial image and stage name evoking killer Charles Manson, the rocker has been accused by multiple women of sexual assault, including "Game of Thrones" actress Esme Bianco.

Manson posted the court documents on Twitter, saying: "There will come a time when I can share more about the events of the past year. Until then, I'm going to let the facts speak for themselves."