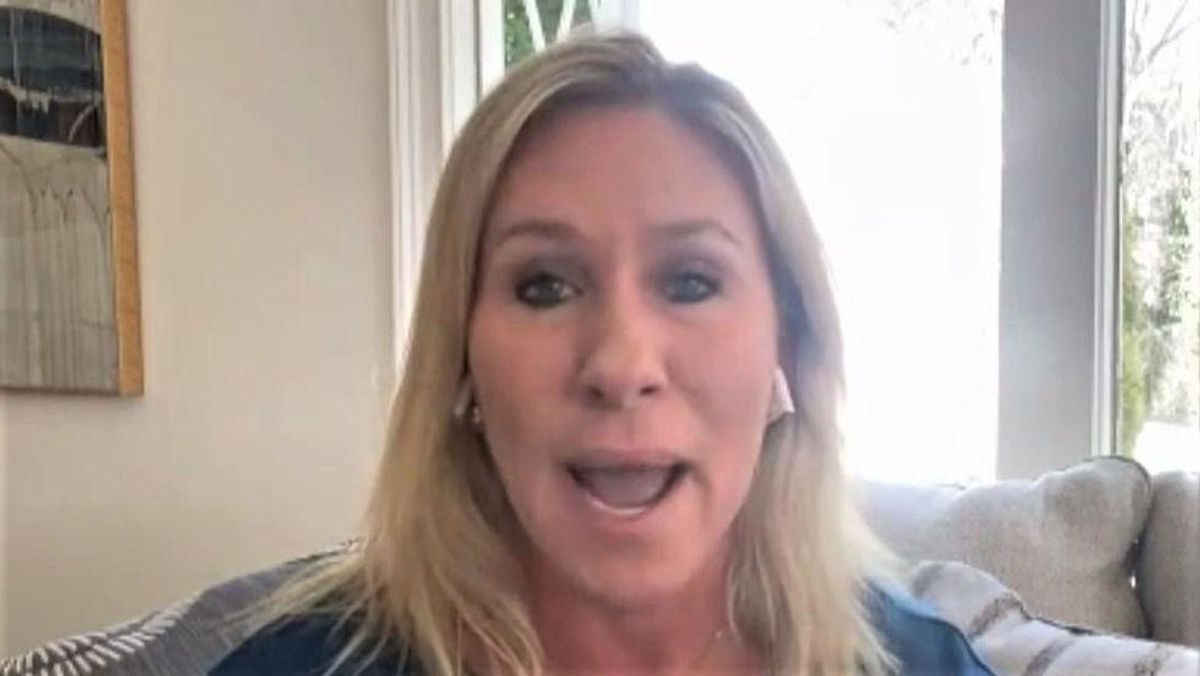 QAnon-loving Rep. Marjorie Taylor Greene (R-GA) has a long history of stalking and harassing her political foes, including this week when she followed Rep. Alexandria Ocasio-Cortez (D-NY) around the United States Capitol and accused her of supporting "terrorists."

CNN has now uncovered a video that Greene herself posted in 2019, which has since been deleted from her social media accounts, in which she harassed Ocasio-Cortez's office while visiting the Capitol.

"During a February 2019 visit to congressional offices at the US Capitol with associates who include a man who would later enter the Capitol during the January 6 insurrection, Greene... can be seen taunting Ocasio-Cortez's staff outside the congresswoman's locked office by talking through a mailbox slot," reports CNN. "In the video... Greene tells Ocasio-Cortez to 'get rid of your diaper,' referring to the congresswoman's office as a 'day care.'"

Greene in the past has also been caught on camera stalking and harassing school shooting survivor David Hogg, as well as Muslim Reps. Rashida Tlaib (D-MI) and Ilhan Omar (D-MN), whom she targeted for taking the oaths of office on the Koran instead of the Bible.