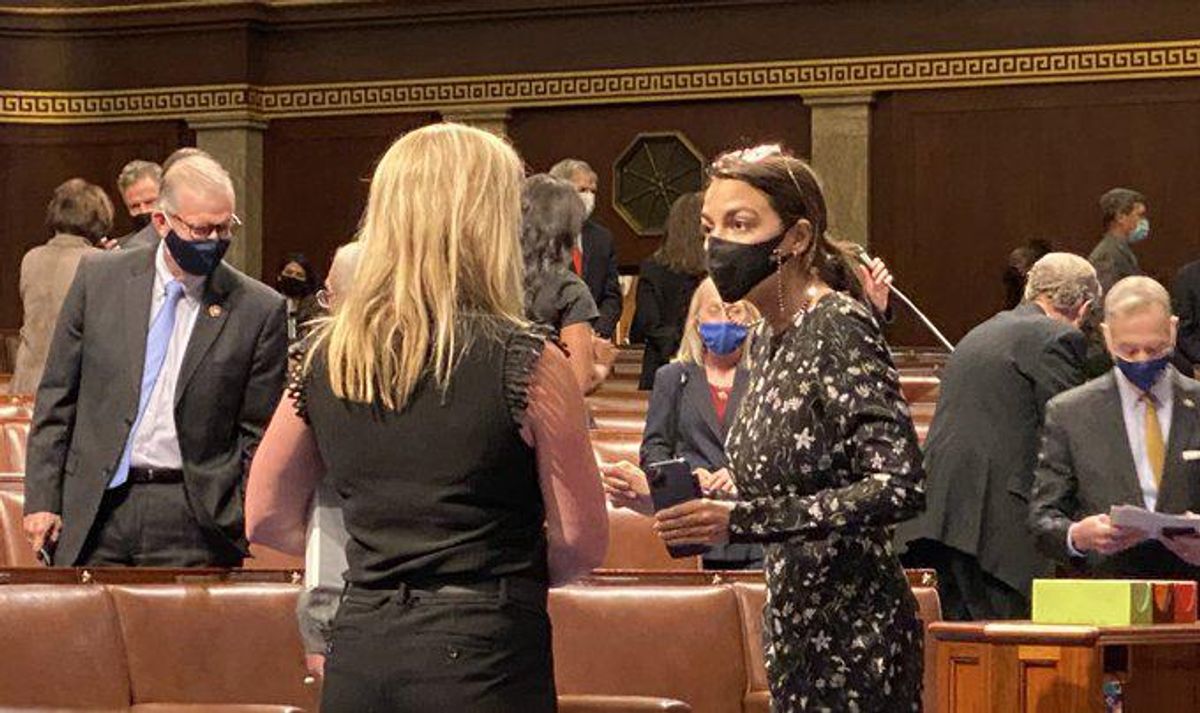 Marjorie Taylor Greene posted this photo, where she appears with Alexandria Ocasio-Cortez, on Twitter on April 21, 2021

Two Washington Post reporters overheard the Georgia Republican twice call out to Ocasio-Cortez by her first name, and the New York Democrat kept walking, so Greene picked up her pace and shouted accusations at her colleague and demanded a public debate.

"You don't care about the American people," Greene shouted. "Why do you support terrorists and antifa?"

Ocasio-Cortez threw up her hands in exasperation, and her office contacted the Sergeant at Arms to discuss security inside the Capitol after the Jan. 6 insurrection -- and Greene's actions didn't go over well on social media.

It’s driving Marjorie even more batshit crazy that she can’t get under the skin of Rep. Ocasio-Cortez. The Republic… https://t.co/UI4K8UMDmk
— Mel the Enforcer (@Mel the Enforcer) 1620903106.0

Just because Marjorie Taylor Greene can do this makes her think she’s tough enough to try and bully Rep. Ocasio-Cor… https://t.co/SKOe9Cl2AZ
— Brooklyn (@Brooklyn) 1620903050.0

Rep. Marjorie Taylor Greene is a f**king attention seeking QAnon idiot who appears afraid of and lashes out at tho… https://t.co/3anqFHCLNM
— DorindaAVYS (@DorindaAVYS) 1620902715.0