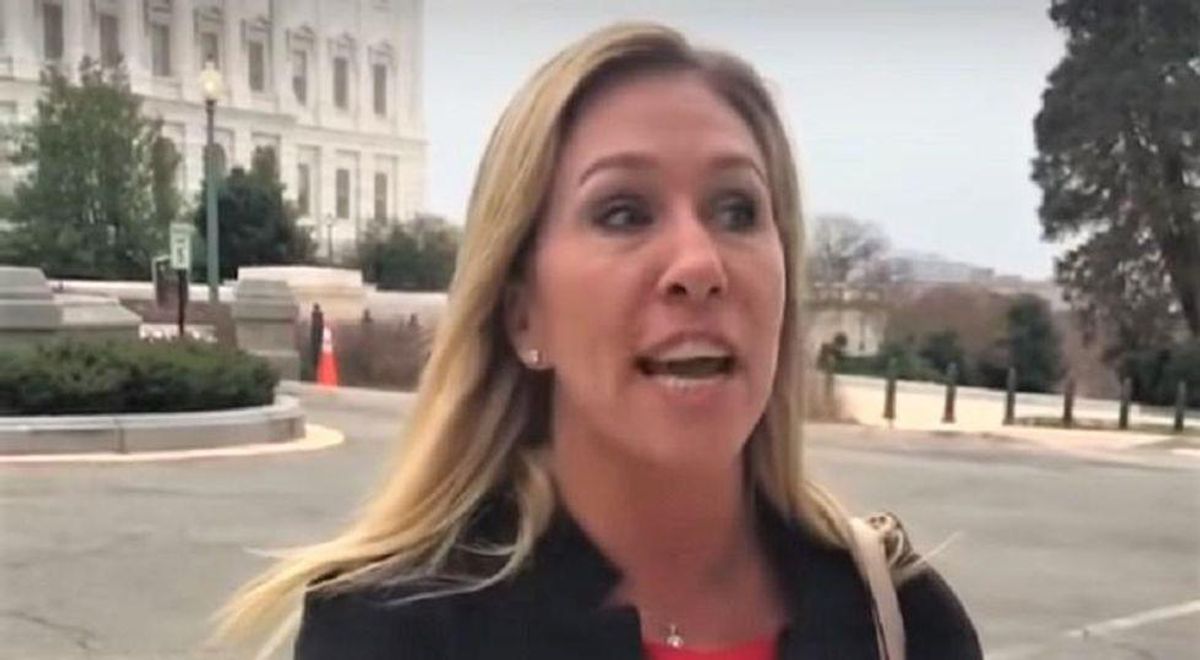 However, a compilation of videos put together on Twitter by user David Waldman show that Greene has a pattern of stalking her political opponents and harassing them even as they try to mind their own business.

One of the most infamous such instances came before she was ever elected to office when she harassed school shooting survivor David Hogg on the streets of Washington D.C., where she yelled at him about his support for new gun safety laws.

In 2020, Greene also visited the United States Capitol building and tried to force Reps. Ilhan Omar (D-MN) and Rashida Tlaib (D-MI) to retake their oaths of office on the Bible instead of the Koran.

Waldman also links to complaints from Reps. Cori Bush (D-MO) and Marie Newman (D-IL), who both complained about Greene stalking them.

Check out the videos below.

Marjorie Taylor Greene is a dangerous stalker. The woman followed David Hogg, I believe under 18 at the time, with… https://t.co/lXOJ6Qmlxu
— Reesus Patriot (@Reesus Patriot) 1620911176.0