'What a sleazeball': Shock over report Matt Gaetz showed nude pics of conquests on House floor 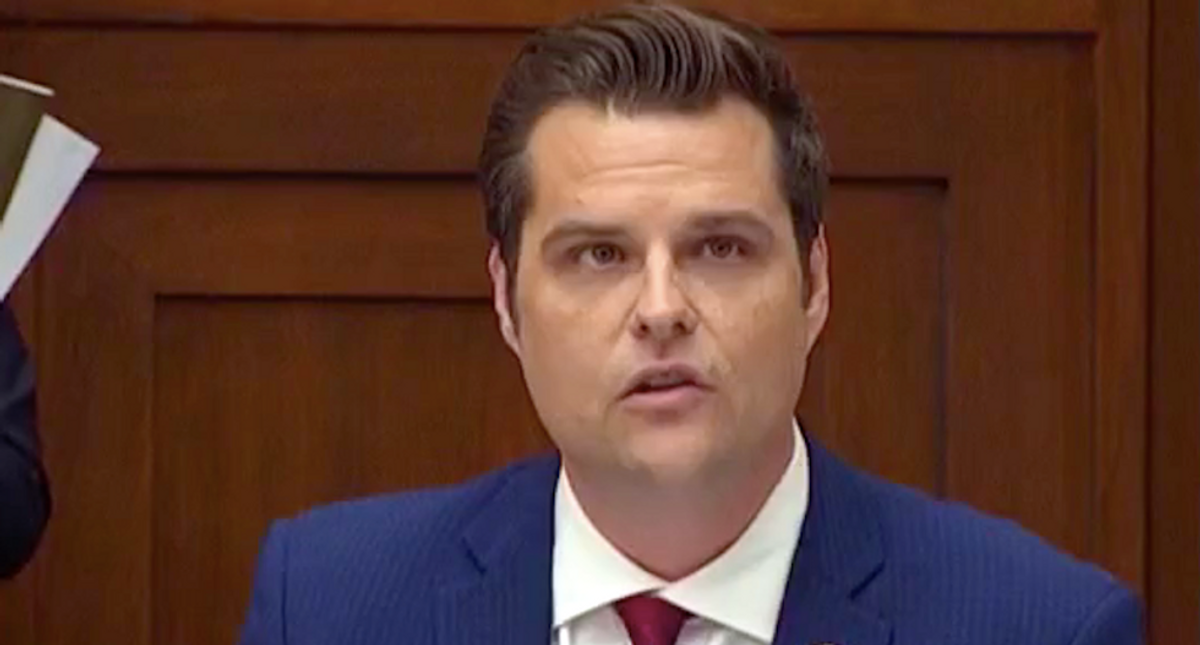 Rep. Matt Gaetz (R-FL) received harsh criticism on Thursday after CNN reported he had shown nude pictures of women he said he had slept with -- and had even shown them to colleagues on the House floor.

"Gaetz allegedly showed off to other lawmakers photos and videos of nude women he said he had slept with, the sources told CNN, including while on the House floor," the network reported Thursday. "The sources, including two people directly shown the material, said Gaetz displayed the images of women on his phone and talked about having sex with them. One of the videos showed a naked woman with a hula hoop, according to one source. 'It was a point of pride,' one of the sources said of Gaetz."

Here's some of what people were saying about Gaetz:

@RawStory Note to those @GOP members of Congress: Were any of these nude pics of "women" actually child pornograp… https://t.co/aEZwjyZi8V
— Mrs. Betty Bowers (@Mrs. Betty Bowers)1617317895.0

WHAT A SLEAZEBALL! Matt Gaetz showed nude photos of women he said he'd slept with to lawmakers — including while on… https://t.co/IKQHcPHUZp
— Jon Cooper 🇺🇸 (@Jon Cooper 🇺🇸)1617317995.0

The fact that @MattGaetz is still a member of the House and holds a committee seat tells you everything you need to… https://t.co/SYK0lnNCYs
— Tea Pain (@Tea Pain)1617318419.0