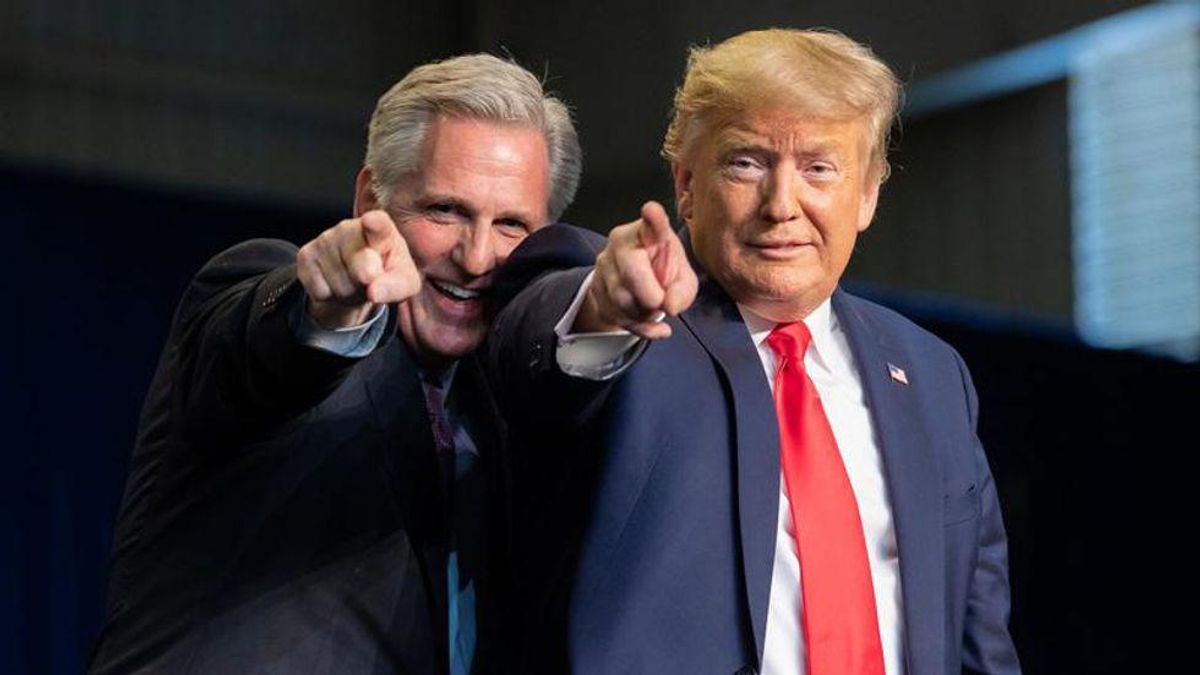 In fact, he even believes there is hard evidence to support his claim. During a recent appearance on MSNBC, Swalwell discussed the recent reports circulating about House Minority Leader Kevin McCarthy (R-Calif.) and Rep. Jim Jordan (R-Ohio).

Just days ago, Jordan found himself at the center of controversy when he was grilled by a reporter after clumsily admitting he'd talked to Trump on Jan. 6. That slip-up came as McCarthy continues to try and blame House Speaker Nancy Pelosi (D-Calif.) and Democratic lawmakers for the deadly day at the Capitol.

Speaking about the recent developments and the latest evidence of Trump's discussion with former Acting U.S. Attorney General Jeffrey Rosen, Swalwell weighed in with his opinion as he noted that Jordan and McCarthy should be concerned about the ongoing Jan. 6 investigation.

He also concluded with a compelling question.

While both Republican lawmakers have repeatedly insisted they have nothing to hide, the looming question centers on whether or not they will testify. The latest findings and repeated attempts to deflect and pivot raise questions and concerns about how implicated both lawmakers are.

Eric Swalwell says Jim Jordan and Kevin McCarthy should be worried about the 1/6 investigation because they are wit… https://t.co/PJAC3ZNVnd
— Sarah Reese Jones (@Sarah Reese Jones) 1627743714.0