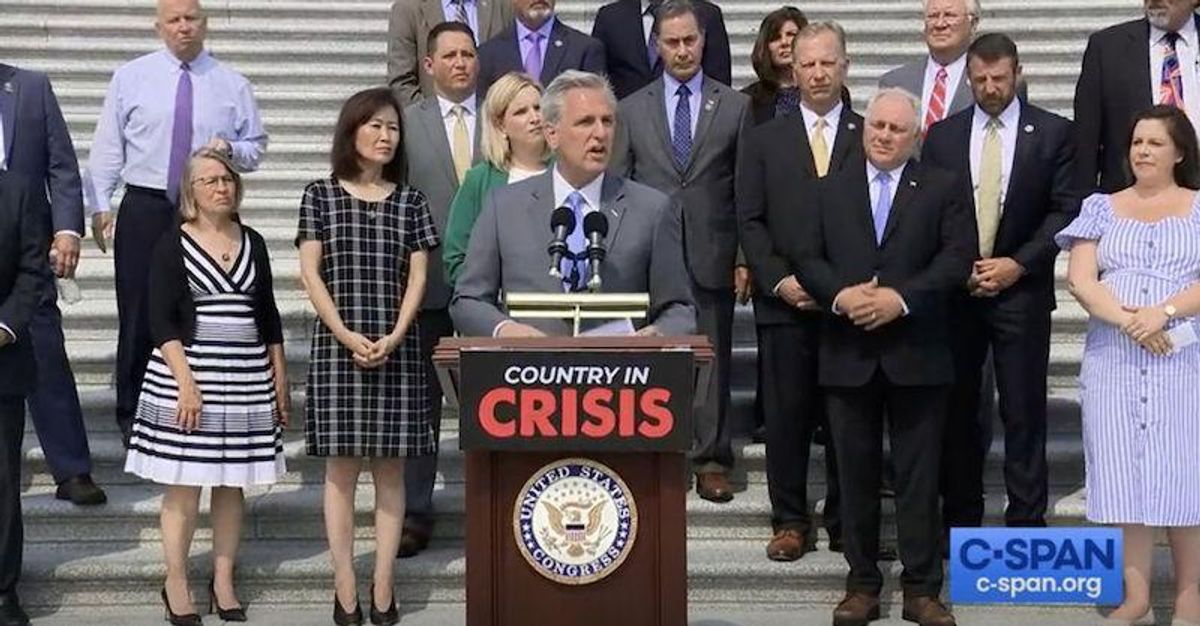 "If you are vaccinated and you get the variant, there's .003% you'd go to the hospital," McCarthy said – not as a means to urge vaccination, but as a means to oppose the House mask mandate. (NCRM has not verified that claim.)

"There's a greater chance you'd got hit by lighting," McCarthy said. He then took a long pause, and then declared, "But for some reason, Pelosi thinks the storm is coming."

That phrase, "the storm is coming," is widely documented as one used by delivers in the dangerous QAnon conspiracy theory movement.

"We've watched Speaker Pelosi politicize medicine. Just as she's doing right now," he said of the mask mandate which is based on new CDC guidance. "We've watched the Sergeant of Arms have to pass a note to the Speaker during the altercations on January 6 of whether to call the National Guard."

"We've watched Speaker Pelosi say during the riots of the summer, the disgust she had seeing the National Guard protecting the Lincoln Memorial. So yes, It's fundamentally different."