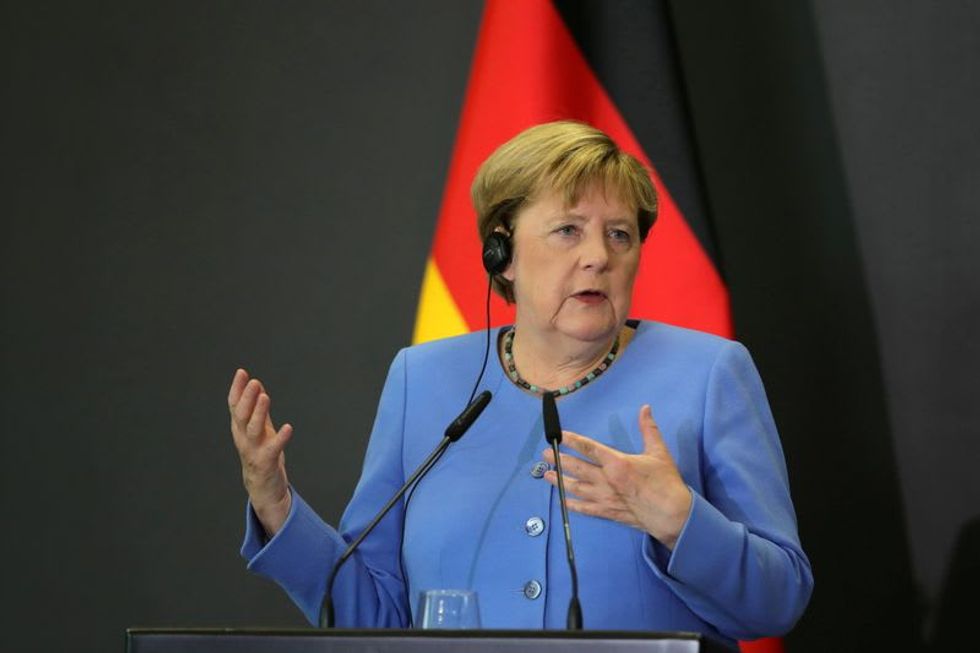 BERLIN (Reuters) - German Chancellor Angela Merkel's chief of staff called on political parties to agree quickly on who should succeed her after next Sunday's election and avoid the kind of protracted coalition talks that followed the last vote four years ago.

The leading candidates for chancellor face off in a final primetime television debate on Sunday evening.

The likelihood of long coalition talks after the vote means Merkel will not be leaving office any time soon. She remains chancellor until a majority of Bundestag lawmakers elect a successor, who is then sworn in.

"My wish is for a swift government formation," Helge Braun told Reuters, adding that even though the current government would continue to govern during looming coalition talks there were certain limitations over the scope of leadership.

"So I warn against losing time due to a very long government formation. One can certainly ask for the parties to swiftly express their preferences after the election over what their favoured coalitions are - so that one does not endlessly lose time in discussions."

There are no formal restrictions on Merkel's powers until a successor is chosen, but she is a consensus seeker and previous chancellors have not taken radical decisions during this time.

Following Germany's last general election in 2017, it took a record six months before the new government was sworn in.

Braun's comments come as the latest INSA poll for German weekly Bild am Sonntag puts the Social Democrats (SPD) at 26% support, stable from a week ago, while the conservative bloc of Merkel's centre-right Christian Democratic Union and its Bavarian sister party, the Christian Social Union, added half a percentage point to come in at 21%.

The gap has been even wider in polls measuring the popularity of the individual chancellor candidates, indicating the uphill struggle conservative Armin Laschet is facing against his Social-Democrat contender, Olaf Scholz.

Both candidates will clash on Sunday evening at 8.15 pm (1815 GMT) in what is the last of three primetime television debates that will also include Annalena Baerbock of the Greens, who are third in polls at 15%.