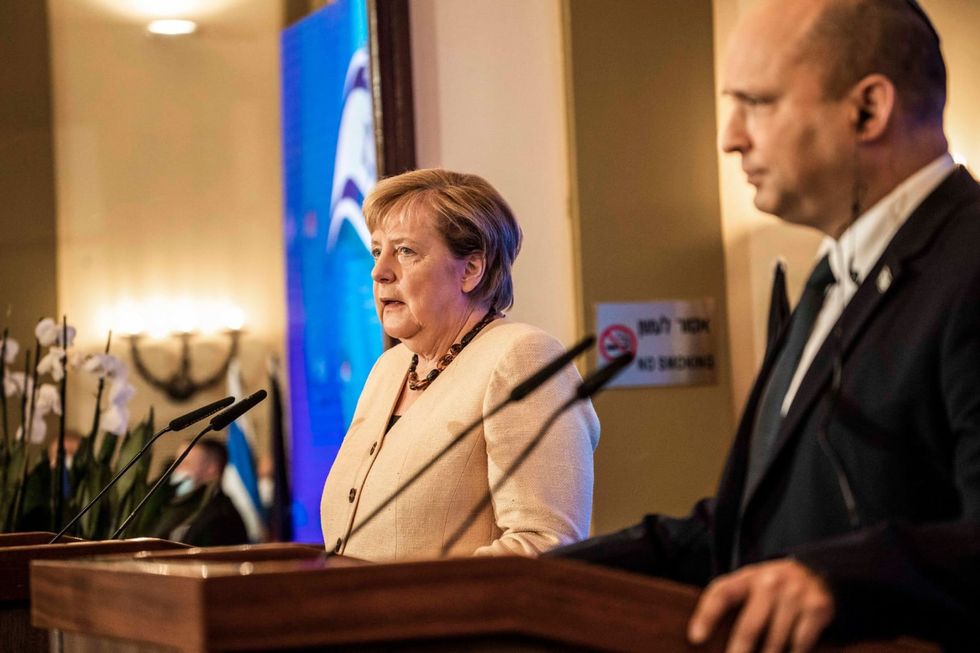 "The history of the Holocaust is of course a singular event for which we also continue to bear responsibility. In every phase of history, also in the future," Merkel told reporters on Sunday.

"It's about not being neutral and taking a clear position in favour of Israel's security, no matter how difficult the situation is."

Bennett said Merkel, who is stepping down once coalition talks are concluded in Germany following September's election, was "the moral compass of the whole European continent."

He praised the 67-year-old's role in cementing an extraordinary relationship between the two countries based on the "historic, huge wound" inflicted by Nazi Germany against the Jewish people in World War II.

The governing coalition is supported by a total of eight parties from the right to the left of the spectrum, including an Arab party for the first time. Right-wing conservative Benjamin Netanyahu was deposed as prime minister in June having been in power since 2009.

The chancellor also plans to hold discussions with President Isaac Herzog and Foreign Minister Yair Lapid for the first time since the government and president took office in June and July.

The talks are expected to focus on Iran's nuclear programme, the question of an independent Palestinian state and bilateral issues, among other topics.

Merkel's trip to Israel was planned for the end of August but was postponed because of the dramatic developments in Afghanistan.

Later on Sunday, the chancellor plans to lay a wreath at the Yad Vashem Holocaust memorial in Jerusalem in the presence of Bennett.

At another ceremony, Merkel is to be awarded an honorary doctorate from Haifa's Technion-Israel Institute of Technology. Merkel and Bennett are then scheduled to meet jointly with company representatives.

The chancellor will travel back to Germany on Monday.