Mexican jungle hides the dreamlike vision of a Scottish eccentric 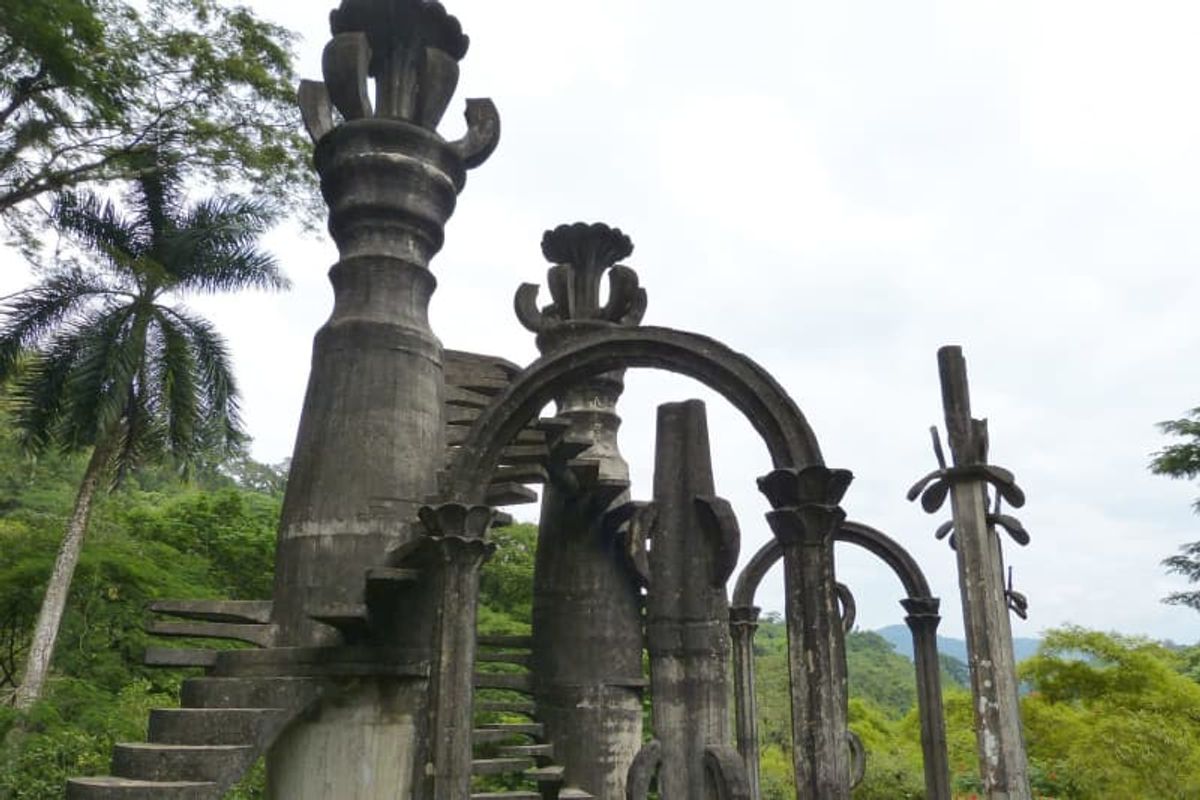 Mexican jungle hides the dreamlike vision of a Scottish eccentric - Some of the stairs at Las Pozas go nowhere - as Edward James intended them to be. - Florian Sanktjohanser/dpa

Edward James wisely picked this spot for his tower house, with a view of a waterfall and the dense jungle. The wealthy eccentric had envisioned an eight-storey-tall tower, a refuge amid the foliage, with the top floor crowned with a glass dome.

His vision never came to pass, and the tower house, as well as most of the three dozen buildings of Las Pozas sculpture garden, remain unfinished, eerie yet magical against the backdrop of the jungle.

Bromeliads proliferate on tulip columns inspired by a temple in Egypt dedicated to Isis, while a blue morpho butterfly flutters between Gothic pointed arches. The strange British man's magic garden in Mexico is now famous - as are the region's waterfalls and rivers.

Huasteca Potosina, hundreds of kilometres north of Mexico City, is relatively unknown to outsiders; even James probably would have never heard of the area if his friend Plutarco Gastelum had not guided him here.

Born in Scotland in 1907, James was the only son of a copper and railway magnate. He studied literature at Oxford, wrote poems and loved art; after he eventually inherited hundreds of millions of pounds, James supported surrealists like Dali and Rene Magritte.

However, he never received the recognition he wanted as a poet, and embittered after a messy divorce, he set out to find his "seclusia," the fairy-tale kingdom he had dreamed of as a child. He found it during a road trip through Mexico, while bathing at a waterfall.

His friend Gastelum was just getting out of a rock pool at El General waterfall near Xilitla when a cloud of butterflies swarmed around him, which James saw as an omen: Here would be his garden of Eden.

He bought a former coffee plantation near the pool in 1947 and began growing orchids. Thousands of the flowers blossomed in the rainforest before an unusually cold winter froze them to death. The death of the orchids hurt him more than the death of his mother, he said; to prevent such a catastrophe again, he had flowers made of concrete.

The vast variety of moulds and sheer scale of the undertaking remain impressive today. It's possible to stroll for hours over the branch-covered stairways and through open arcades and trellises.

It's easy to imagine James in his flowing poncho, a pair of parrots on his shoulders. In old photos, he looks like Moses, with a white beard and a wooden cane. Or maybe Noah, amid his ark of animals.

James drew up the plans for his hideaway based on his own dreams, but his inspiration comes from the buildings of Antoni Gaudi and paintings by Max Ernst. He dispensed with hiring any architects, saying that his ideas would "come faster than they can be realized."

For more than 30 years, a team of masons, carpenters and other labourers worked to make his dream a reality. To many of them, who were indigenous Otomi, James was just a crazy gringo who paid well.

Nowadays, people who come to Huasteca Potosina are looking for a much less grand adventure, in the form of river rafting. On a busy day, hundreds of boats will be floating along the Tampaon river in rubber rafting boats, quickly hurtling towards one rapid after another.

As soon as the river is calm and they're out of the boat, adventurers get their next rush at the Rio Micos, which involves jumping waterfalls. The first one is more of a hop, but you have to get a running start - daunting considering the fact that the neoprene socks participants wear don't have tread. Each gets successively easier.

Then the real test: abseiling the Minas Viejas waterfall.

It's a 50-metre drop, and you have to go backwards over the edge. But as you glide down, there's an unreal turquoise colour at the bottom - one that the eternal aesthetician James no doubt would appreciate.