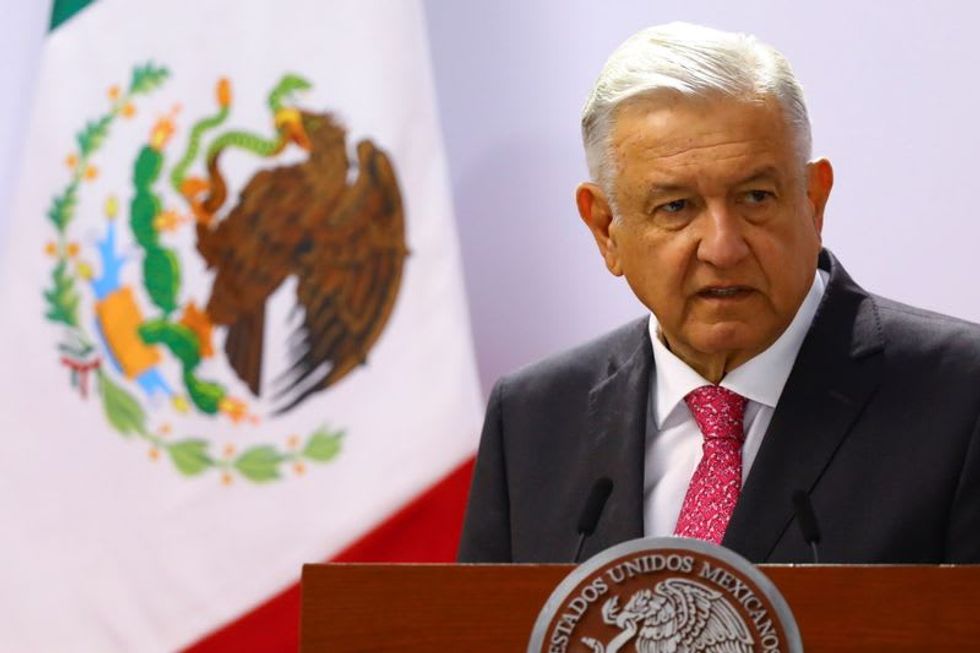 MEXICO CITY (Reuters) -Mexican President Andres Manuel Lopez Obrador on Friday shrugged off a video showing one of his younger brothers receiving cash from a political operator, saying it was part of a smear campaign by adversaries to discredit him.

The video, the second within a year to feature a brother of the president taking money from the political operative, sparked fresh criticism of Lopez Obrador from Mexico's opposition, which he has routinely depicted as steeped in corruption.

Released by Mexican news outlet Latinus, the video apparently made in 2015 shows a man who later formed part of the Lopez Obrador administration handing Martin Jesus Lopez Obrador an envelope stuffed with a large stack of bills.

"I think the intention is to do damage to me, or to try to damage me," the president told a news conference. "It's the perennial black campaign of my adversaries. We're used to this. But we have always emerged unscathed from slander."

He said he would not cover up for anyone, and that authorities should investigate whether any crime had been committed and punish any wrongdoing.

"But my conscience is clear," added Lopez Obrador.

The man filmed giving his brother the cash was David Leon, who Lopez Obrador named head of Mexico's civil protection agency after assuming the presidency in December 2018.

Leon stepped down from the government last August after a separate video was leaked of him handing money in 2015 to another brother of Lopez Obrador. On that occasion, the president described the cash as contributions from supporters.

Leon said on Twitter the money in the new video was a loan he had provided from his personal savings.

Lopez Obrador forged his reputation as a scourge of corruption, and the video leak comes three weeks ahead of a referendum over whether to investigate past political decisions that he has used to question the legacy of past presidents.

One of the former presidents, Vicente Fox, seized on the video, tweeting: "A question: are people who get their brothers to receive illicit money also going to stand trial?"

According to Latinus, the latest video was shot in 2015 just before elections in which Lopez Obrador's political party, the leftist National Regeneration Movement (MORENA), was competing for the first time.

Lopez Obrador told the news conference the cash was not for him or any political campaign, and that he understood it was a personal matter between his brother and Leon.

The president's popularity remains robust, polling well above 50% in most national surveys. The 2020 video leak did erode his approval rating somewhat, and the new one could do the same, said Roy Campos, head of polling firm Consulta Mitofsky.

But Lopez Obrador has generally been more adept at switching the political narrative than the opposition has been at capitalizing on scandals, Campos said.

On Friday afternoon, media attention began shifting away from the video leak after the attorney general's office said it was investigating a prominent official in the previous government for suspected illicit enrichment.

(Reporting by Dave GrahamEditing by John Stonestreet and Chris Reese)