Mexico's suit against US gunmakers edges ahead 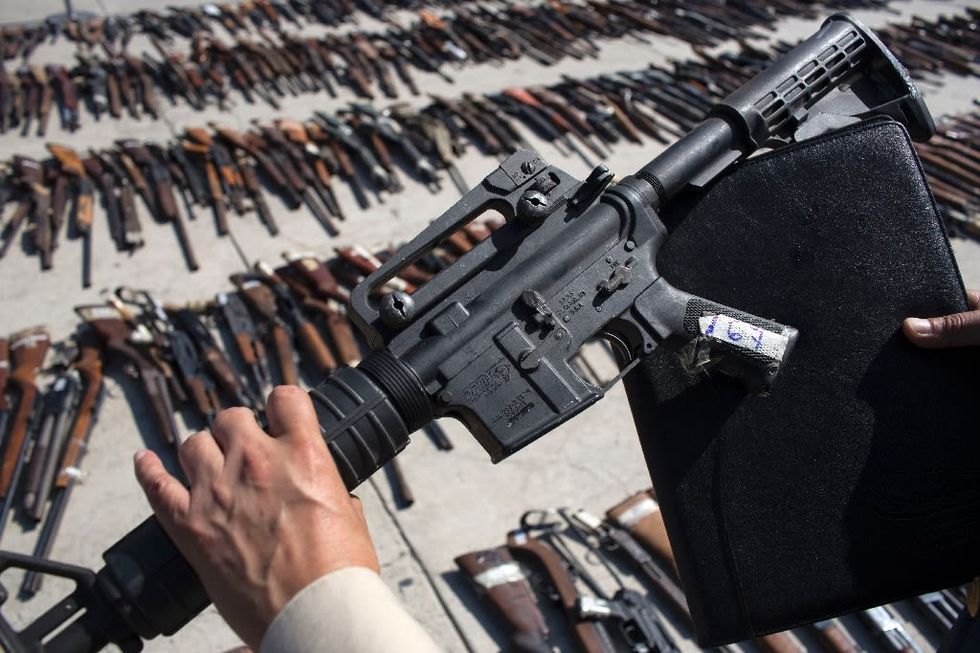 Last week, the Massachusetts court approved the calendar proposed by the relevant parties.

"The defendant companies will have until November 22, 2021 to present their response to the Mexican lawsuit and oppose the legal defenses they deem pertinent," the ministry statement said.

After that, the Mexican government will have until January 31, 2022 to respond and the defendant companies will have to present their response before February 28, 2022.

The process is expected to conclude in the first half of next year.

In early August, the Mexican government sued nine US gun manufacturers and two distributors -- including Smith & Wesson, Beretta, Colt, Glock, Century Arms, Ruger and Barrett -- for what it deemed a "negligent and illicit" trade that encourages drug trafficking and violence in its territory.

The Mexican government maintains that between 70-90 percent of the weapons recovered at crime scenes in Mexico have been trafficked from the United States.

The lawsuit, unprecedented in the countries' bilateral relationship, was accepted by the US justice about two weeks after it was filed.

The litigation seeks compensation for the damage caused by the firms' alleged "negligent practices," as well as the implementation of adequate standards to "monitor and discipline" arms dealers.

Mexico, with a population of 126 million people, has been plagued by widespread deadly violence since December 2006, when the government of then-president Felipe Calderon launched a controversial military anti-drug operation.

Since then, according to government figures, more than 300,000 people have been murdered in Mexico, the majority by firearms and in events related to drug trafficking.