Michelle Obama to be inducted into U.S. National Women's Hall of Fame 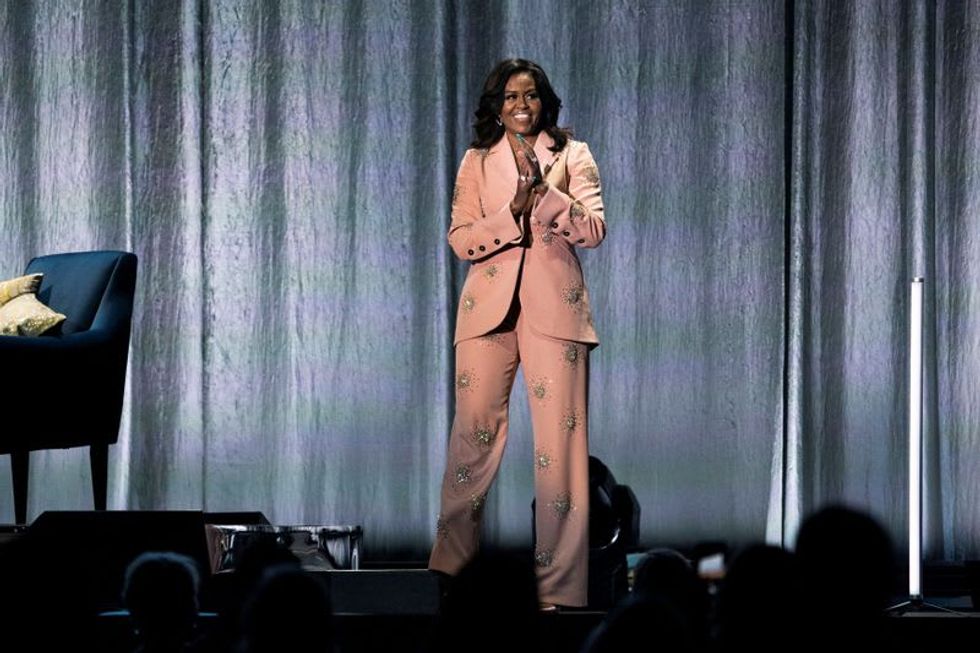 (Reuters) - Former U.S. first lady Michelle Obama will be inducted into the National Women's Hall of Fame along with eight other women including former PepsiCo CEO Indra Nooyi, soccer icon Mia Hamm and NASA mathematician Katherine Johnson, who died last year. The National Women's Hall of Fame named the members of its Class of 2021 set to be inducted on Oct. 2 on Monday. Others in the list include author Octavia Butler, who died in 2006, Rebecca Halstead, who had a near three-decade career in the military, poet Joy Harjo, artist Judy Chicago and activist Emily Howland, who died in 1929 and had ...