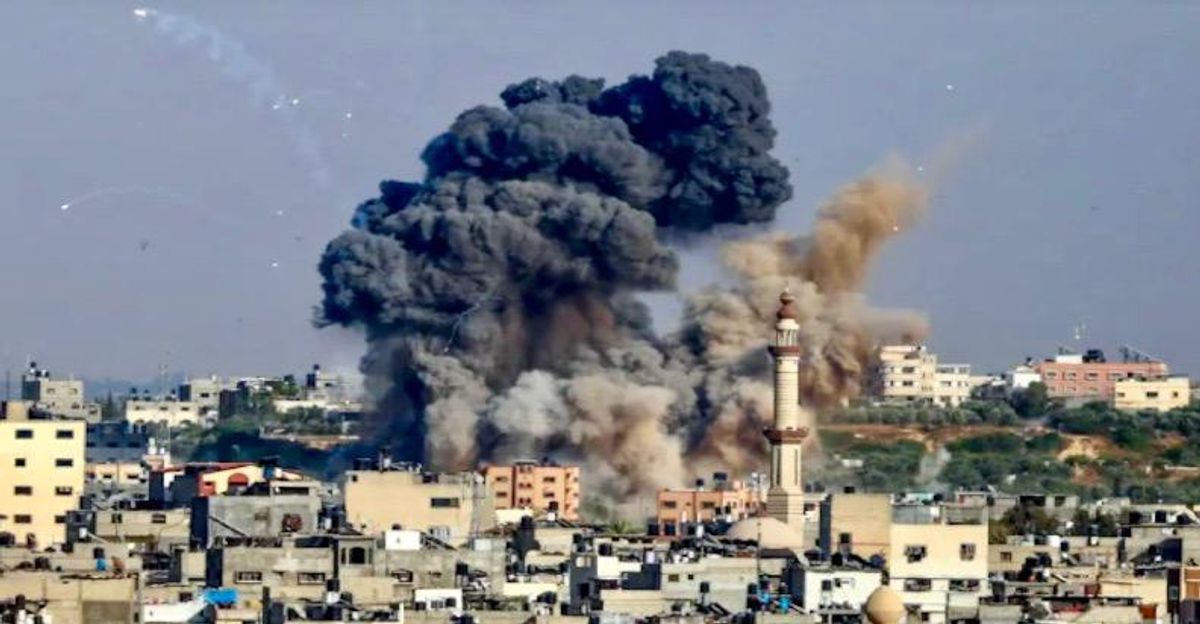 Joe Biden entered the White House hoping to avoid entanglement in the Israeli-Palestinian conflict. But, like US presidents before him, a crisis is dragging him in sooner than he would have liked.

The flare-up in violence is putting Biden on a tightrope not only diplomatically but at home where progressives in his Democratic Party are increasingly vocal in criticism of Israel, which enjoyed zealous support from former president Donald Trump.

"You can appreciate that the Biden administration looks at this as a low-value, low-return enterprise fraught with political risk," said Aaron David Miller, a longtime US negotiator on the Middle East.

"There are no prospects of any success at all on this issue. You don't have leaders on either side who are willing to make decisions," said Miller, now at the Carnegie Endowment for International Peace.

"The absolute best that the Biden administration could achieve in this conflict would be tamping down the violence," he said.

Secretary of State Antony Blinken and national security advisor Jake Sullivan since last week have been looking to restore calm as tensions soared over Israel's potential eviction of Palestinians from east Jerusalem, which the Jewish state sees as part of its eternal capital but is considered occupied by the United Nations.

Following US appeals, Israel postponed a court ruling and rerouted a flashpoint march. But hundreds of Palestinians were injured in clashes with police and the Islamist movement Hamas, which controls the Gaza Strip, fired rockets as it demanded Israeli forces leave the Al-Aqsa mosque compound, holy to both Muslims and Jews.

Israel responded with attacks by fighter jets and helicopters, killing at least 30 people including children, according to the health ministry in Gaza.

Successive US presidents have tried to tread carefully on the Middle East in their first months and the Biden administration had made explicit it was in no rush on peacemaking, especially with question marks over the futures of both Israeli Prime Minister Benjamin Netanyahu and Palestinian president Mahmud Abbas.

In his confirmation hearing in January, Blinken backed efforts to create an independent Palestinian state but said that "realistically it's hard to see near-term prospects for moving forward on that."

Trump had abandoned the pretense of US neutrality, delivering a wishlist for Netanyahu that included US recognition of Jerusalem as Israel's capital.

At the start of his final year in office, Trump put forward a plan led by his son-in-law Jared Kushner that would let Israel annex much of the West Bank, with the Palestinians in return receiving money from oil-rich Gulf Arab states for a limited state with a capital on Jerusalem's outskirts.

State Department spokesman Ned Price said Monday: "I think it is safe to say there are elements in that so-called peace plan that are not a constructive starting point."

The Biden administration has supported recognition of Israel but returned to a more traditional diplomacy, keeping Gulf Arabs at a careful distance and working closely with Jordan, whose foreign minister flew to Washington and appealed to maintain the status quo in Jerusalem.

Biden and Blinken are diplomatic veterans with longstanding ties to Israel but support for the Jewish state -- once rock-solid across party lines and still passionate in Trump's Republican Party -- has eroded on the left amid alarm over Netanyahu's increasingly right-wing turn.

Senator Bernie Sanders, Biden's left-wing rival for the Democratic presidential nomination, said that the United States must "speak out strongly against the violence by government-allied Israeli extremists."

A bill introduced last month by Representative Betty McCollum and backed by progressive Democrats would bar any US aid for supporting annexation, destruction of homes or detention of Palestinian children, including in Jerusalem.

Phyllis Bennis, a fellow at the left-wing Institute for Policy Studies, said that Biden, even if he voices disagreements with Netanyahu, has shown he does not plan any substantive break from Trump's approach.

One factor, she said, is Biden's determination to rejoin the Iran nuclear deal, which was trashed by Trump and remains bitterly opposed by Netanyahu.

"I think the Biden administration's calculus is that foreign policy is not our priority. Our priority is the pandemic and the economy -- which is understandable and probably right."