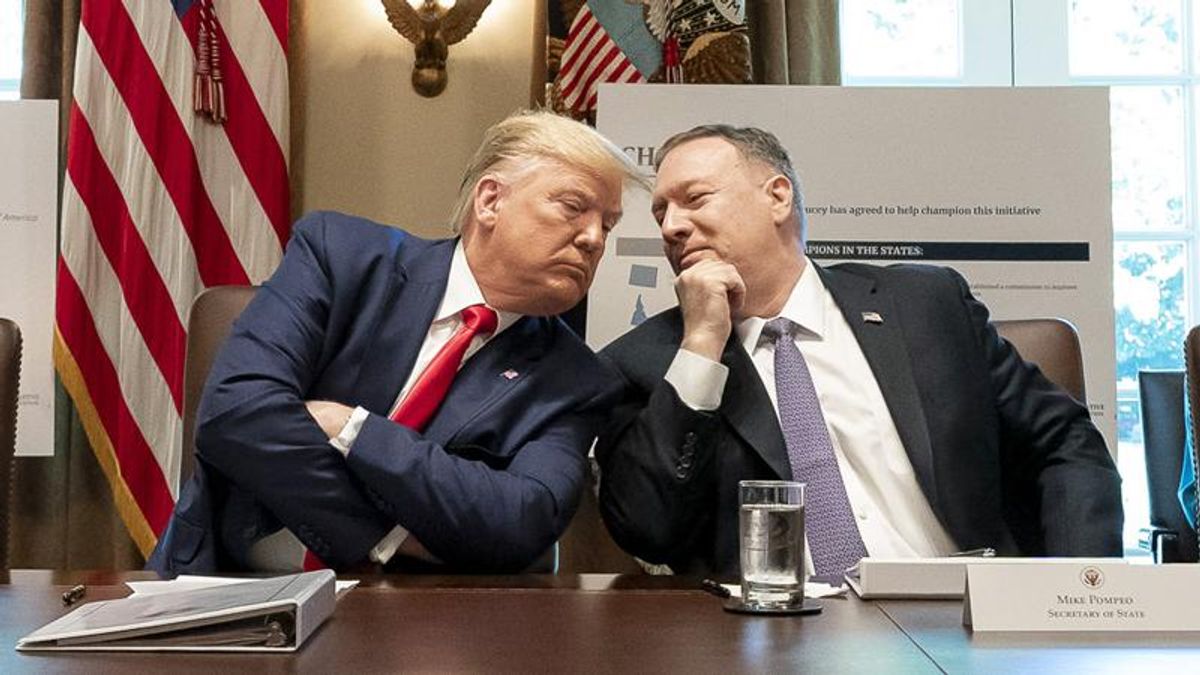 Former Secretary of State Mike Pompeo is planning to travel to Israel as the Biden administration is seeking to defend a fragile ceasefire in the Gaza Strip.

"Former Secretary of State Mike Pompeo is making plans to travel to Israel later this week, three people with knowledge of the plans said. Pompeo's potential trip could come the same week that Secretary of State Antony Blinken is also traveling there, and as conflict between Israel and Hamas has roiled the region," Politico reported Monday.

"A person close to the former secretary of state said the plans are not finalized because of Israel's Covid protocols. That person added that Pompeo, a former CIA director, would travel as a private citizen to celebrate the retirement of Yossi Cohen, the head of Israel's intelligence agency, Mossad. Pompeo may also meet privately with nongovernmental officials, according to the person, who added that Pompeo alerted Blinken of his plans," Politico explained.

After eleven days of fighting, a ceasefire went into effect on May 21st.