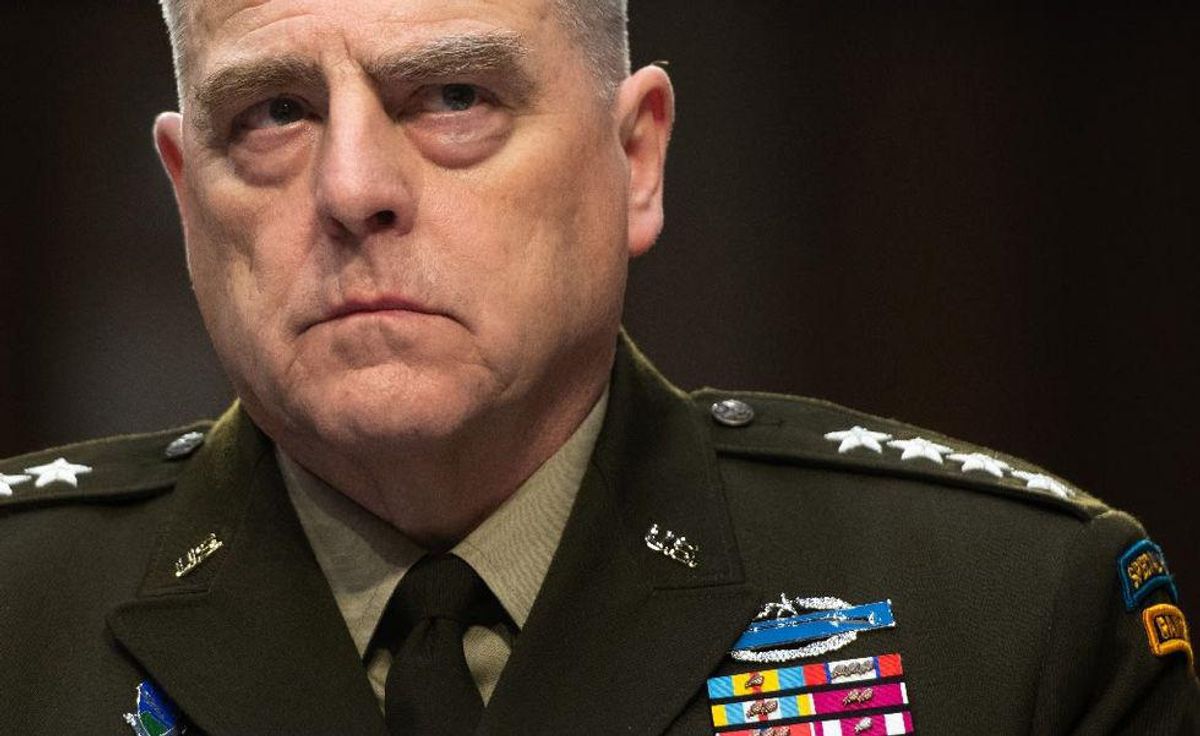 A top national security attorney is pushing back against Donald Trump's false claim that Gen. Mark Milley, the Chairman of the Joint Chiefs of Staff committed "treason."

The Washington Post on Tuesday published bombshell excerpts of the latest book by Watergate journalist Bob Woodward and Washington Post reporter Roberta Costa. One of those excerpts claims Gen. Milley called China and secretly spoke with his counterpart because he was terrified then-President Trump might launch an attack. Milley called Gen. Li Zuocheng of the People's Liberation Army twice, according to the new book, "Peril."

"One call took place on Oct. 30, 2020, four days before the election that unseated President Donald Trump, and the other on Jan. 8, 2021, two days after the Capitol siege carried out by his supporters in a quest to cancel the vote," The Post reports.

“General Li, I want to assure you that the American government is stable and everything is going to be okay," Milley told him. “We are not going to attack or conduct any kinetic operations against you."

Milley reportedly told Li he would give him a heads up in case Trump ordered an attack.

“General Li, you and I have known each other for now five years. If we're going to attack, I'm going to call you ahead of time. It's not going to be a surprise," Gen. Milley told Li in the first call.

“We are 100 percent steady. Everything's fine. But democracy can be sloppy sometimes."

On Tuesday evening Trump called in to the far right wing cable channel Newsmax and declared Milley's actions were "treason."

'If I Did It': Trump Totally Destroyed After Saying 'If I Was Going to Do a Coup' He Wouldn't Use Gen. Milley