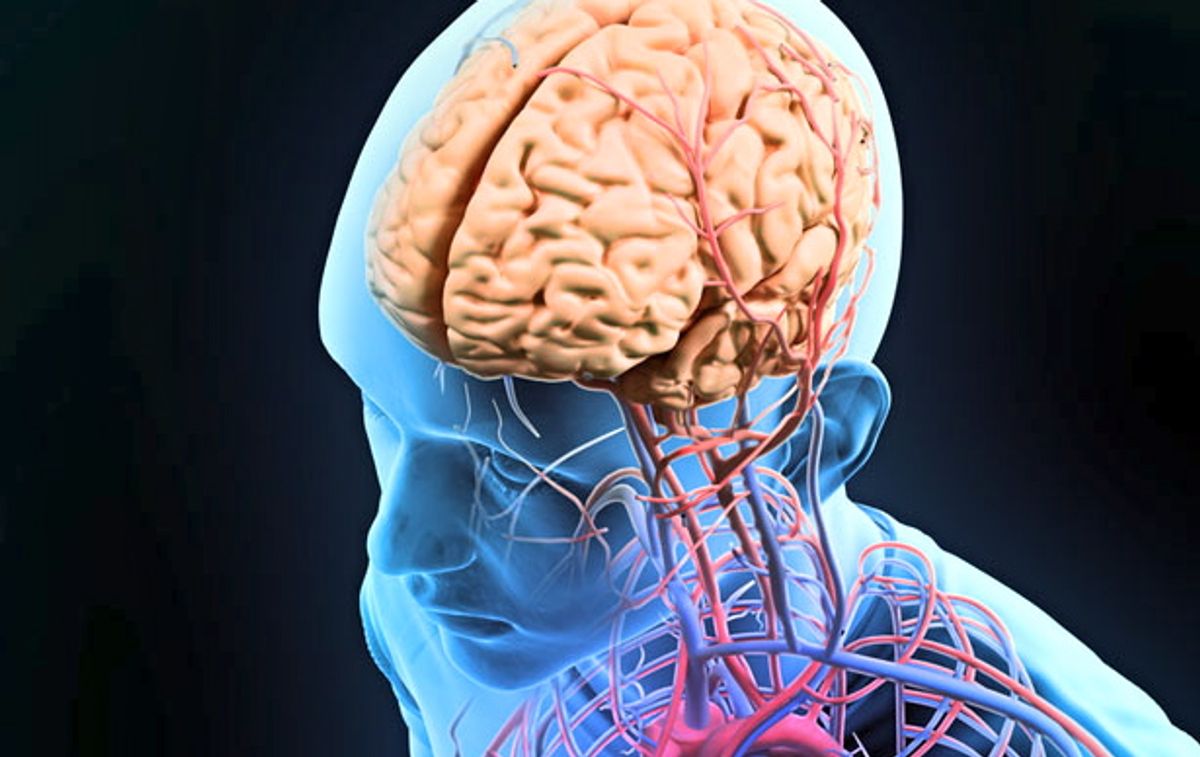 Paralyzed from the neck down, the man stares intently at a screen. As he imagines handwriting letters, they appear before him as typed text thanks to a new brain implant.

The 65-year-old is "typing" at a speed similar to his peers tapping on a smartphone, using a device that could one day help paralyzed people communicate quickly and easily.

"Imagine if you could only move your eyes up and down but couldn't move anything else -– a device like this could enable you to type your thoughts at speeds that are comparable to that of normal handwriting or typing on a smartphone," he told AFP.

Existing devices for those with paralysis rely on eye movement or imagining moving a cursor to point and click on letters.

But Willett and his team wondered whether thinking about handwriting letters might be another way for people to express themselves.

The theory was not necessarily obvious, as handwriting is a much more complex action than moving a cursor from point to point.

But the researchers found that handwriting generates distinctive brain activity that proved easier for an implant to detect and a computer program to interpret and translate into text.

The research involved a man nicknamed T5 who was paralyzed from the neck down after a spinal cord injury in 2007.

He was fitted with two aspirin-sized brain-computer interface (BCI) chips on the left side of his brain that could detect neurons firing in the motor cortex that governs hand movement.

Sensors transmitted the signals to a computer for translation by an artificial intelligence algorithm into typed text.

The first step was to determine whether T5 even produced distinctive and readable brain activity when imagining writing, given the many years since his injury.

And once that activity was detected, the algorithm had to be trained to recognize and interpret the thoughts, a process that took nine days over a six-week period.

T5 painstakingly imagined handwriting individual letters and copying out sentences so the program could identify which brain activity patterns indicated which letter.

That compares with the maximum 40 characters a minute that point and click systems can produce.

But adding an autocorrect function like that on a smartphone reduced the error rate to between one and two percent, the authors said.

And even the training exercise offered a chance for T5 to express some poignant thoughts, including the advice he would give his younger self.

"Be patient it will get better," he replied.

Writing in a review commissioned by Nature, Pavithra Rajeswaran and Amy Orsborn of the University of Washington's bioengineering department called the work a "milestone".

"The authors' approach has brought neural interfaces that allow rapid communication much closer to a practical reality," they wrote.

But they cautioned that further testing and refinement is still needed.

The study involved a single participant, and research is needed on how the implant will adapt to the way brain activity changes with age.

Willett acknowledged the challenges, which also include creating technology smart enough to recognize handwriting without training and making the entire set up wireless.

"Here, we are just showing a proof-of-concept demonstration that a handwriting BCI is an exciting and potentially viable approach for restoring communication to people who are severely paralyzed," he said.

But he is hopeful the technology could be feasible for general use within "years as opposed to decades".