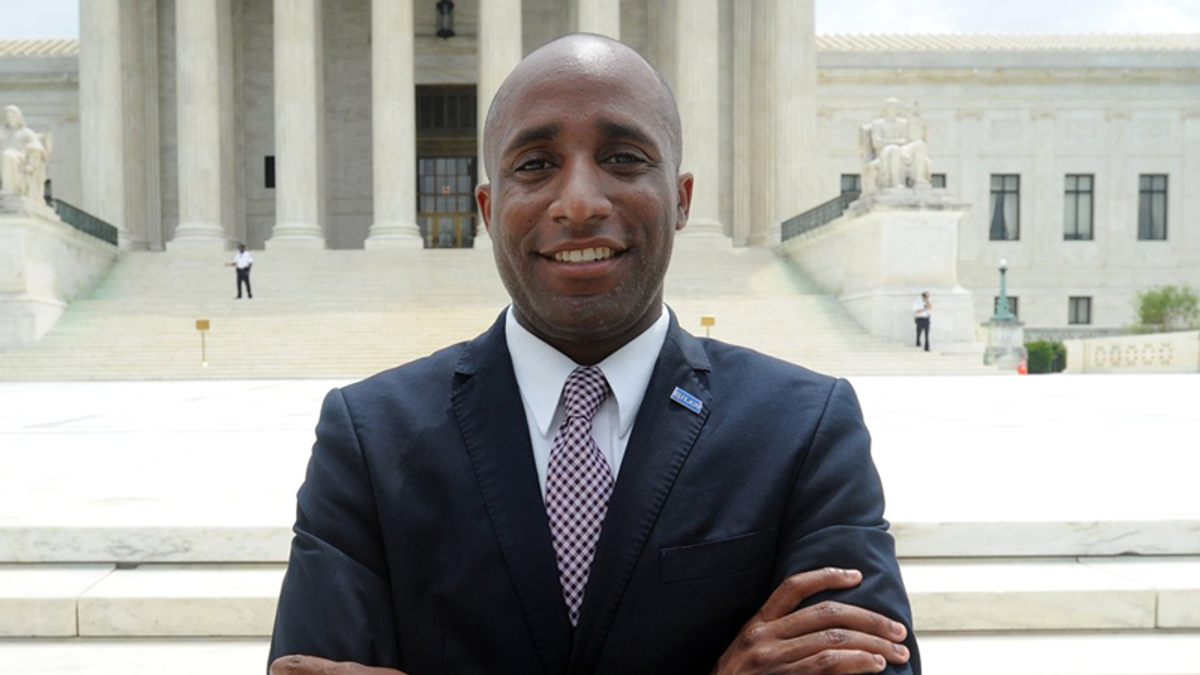 "I rise each day thinking about how I can best serve the people of Kansas City and Missouri, and I will consider over the next several weeks whether that is in a statewide position — something no African American has ever done," he said. "Today, I remain focused on leading our City through the COVID-19 pandemic and our economic recovery."

As the Kansas City Star notes, "The Senate vacancy is likely to lead to other open statewide races in 2022 as several Republicans, including Missouri Secretary of State Jay Ashcroft and Lt. Gov. Mike Kehoe, weigh Senate runs. This could lead to other potentially competitive races."

So Lucas could be seeing the opportunity to run for a statewide office other than the U.S. Senate in 2022. That said, it might be an opportune time to challenge for the Senate if Republicans emerge divided from a bitter primary struggle.

The Republican field might become crowded now that the popular Blunt has vacated the field. Blunt's support of Donald Trump had been lukewarm -- at least relative to Senator Josh Hawley, he of the clenched-fist salute to would-be insurrectionists-- so there was some speculation Blunt could be vulnerable to a primary challenge.

But with his firm grip on traditional Republicans and a record of 14 consecutive general-election wins at four different levels of government, Blunt wasn't considered likely to lose his seat. Only disgraced former Governor Eric Greitens was said to be mulling a challenge.

Now, however, Greitens might be hoping to carve out a space among the party's growing wingnut base if he finds himself in a large field in which established statewide officials such as Ashcroft, Kehoe and perhaps state Attorney General Eric Schmitt, a leader in the failed effort of Republican attorneys general to overturn the 2020 election. All three aren't up for reelection until 2024 and could run without losing their jobs. Some members of Missouri's GOP congressional delegation might also be interested.

Missouri has grown increasingly red in the Trump era, but Senator Claire McCaskill did serve two full terms through 2018 until her defeat by Hawley, so a Democratic win is not out of the question. The state is unlikely to be seen as a juicy target by national Democrats, but that could change if Lucas got into the race.

For her part, McCaskill was emphatic about not running:

McCaskill, now a prominent MSNBC quickly tweeted, ""To all that are asking: thank you to the many who have said kind things. But I will never run for office again. Nope. Not gonna happen. Never. I am so happy I feel guilty sometimes."

The Democrats have a notoriously weak statewide bench in Missouri and Lucas would be immediately considered the favorite if he entered the U.S. Senate race.

As the Star, reported today, "Lucas was elected mayor in 2019 on a platform that focused on housing issues. He has made regular trips to Washington to meet with members of the congressional delegation during his year in office, stressing bipartisan cooperation across state lines in the Kansas City metro.

"But after a year of grappling with the COVID-19 pandemic and after the recent chaos in Washington, Lucas has been increasingly willing to criticize the region's Republicans in forceful terms.

"He's been an outspoken critic of Hawley's role in leading the failed effort to object to President Joe Biden's Electoral College win. Lucas and other Black leaders in the state decried it as an attack on Black voters."