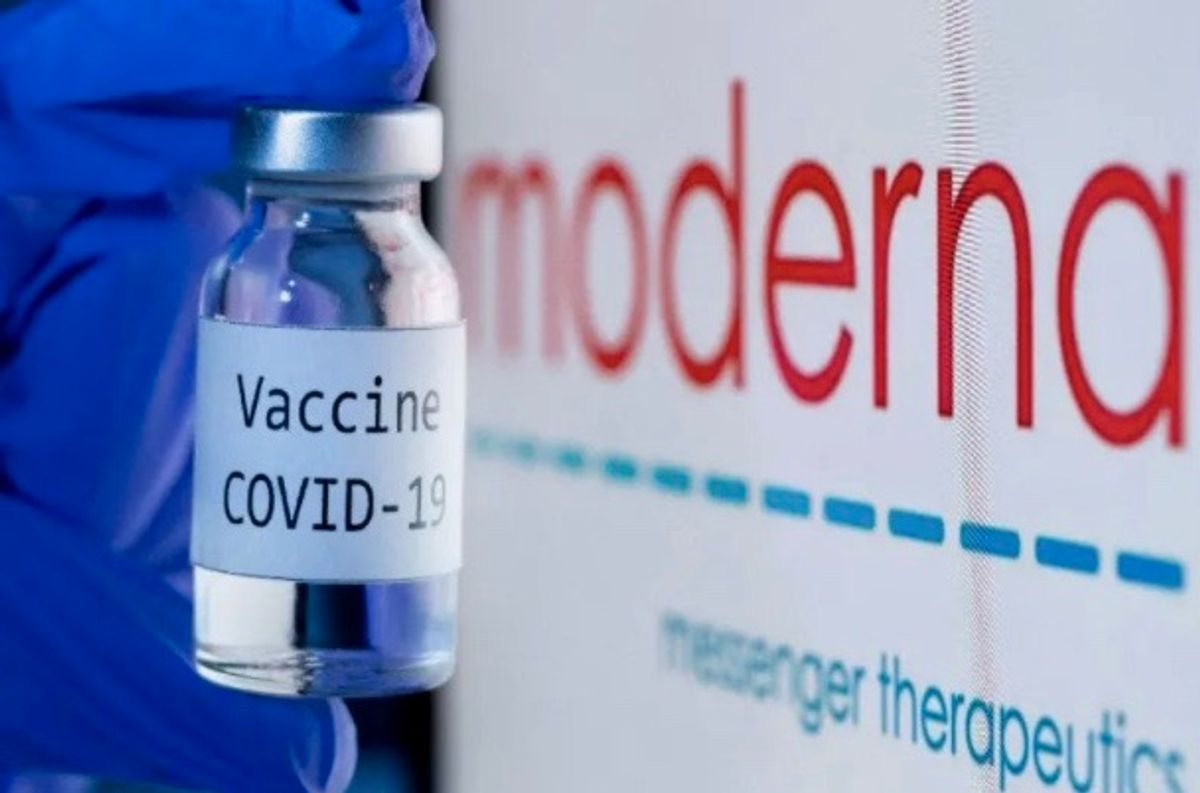 US biotechnology firm Moderna on Monday said lab studies showed its Covid-19 vaccine remains effective against variants of the coronavirus first identified in the United Kingdom and South Africa.

But the positive news was tempered by the finding that there was a sixfold reduction in the level of highly-potent neutralizing antibodies produced against the South African variant, B.1.351.

Out of caution, the company will test adding a second booster of its vaccine -- to make three shots in total -- and has begun preclinical studies on a booster specifically for the South African variant.

"We are encouraged by these new data, which reinforce our confidence that the Moderna COVID-19 Vaccine should be protective against these newly detected variants," said Stephane Bancel, Moderna's CEO.

"Out of an abundance of caution and leveraging the flexibility of our mRNA platform, we are advancing an emerging variant booster candidate against the variant first identified in the Republic of South Africa into the clinic."

Akiko Iwasaki, a leading virologist from Yale, tweeted: "This is good," adding that she expected other vaccine makers were also developing boosters that target the South African variant.

But Lawrence Young, a virologist at Britain's Warwick University, said the sixfold reduction was a matter "of concern" and suggested vaccine efficacy as well as duration of protection could be impacted.

He added it was difficult to read too much into data that had been presented from a limited number of samples and only thus far as a press release, not a scientific paper.

The emergence of highly contagious variants to the SARS-CoV-2 virus had triggered concern about their impact on the efficacy of Covid-19 vaccines even as countries begin to accelerate their immunization programs.

Both the B.1.1.7 variant first seen in the UK and the B.1.351 variant have multiple mutations along the "spike protein," molecules that dot the surface of the virus and allow it to invade human cells.

Scientists have been particularly worried that the mutations on B.1.351 would lead to the virus escaping the action of antibodies, and render the current generation of vaccines obsolete.

Moderna's vaccine uses mRNA -- a type of genetic molecule -- to deliver the information for human cells to create the spike protein inside the human body, in order to trigger an immune response.

A booster for B.1.351 would therefore carry the mRNA that creates the spike protein with the mutations that are specific to the variant.

A major advantage of mRNA vaccines is that they can be developed in a matter of weeks, even though producing them to mass scale may take much longer.

The global vaccine race took another hit Monday as Merck announced it was halting work on two Covid-19 shots, including one being developed with France's Pasteur Institute, after they found the immune response was inferior to other vaccines.

To study the impact of the Moderna vaccine, called mRNA-1273, the company took blood samples from eight people who had received two doses of the vaccine, and from primates that had also been immunized.

For the B.1.1.7 variant there was no impact on the level of neutralizing antibodies -- which bind to the spike protein and prevent it from invading human cells -- that were produced by the shots.

But for the South African variant, B.1.351, there was a sixfold reduction in the neutralizing antibody level.

Even so, the company said it remained above the quantity that was shown to be protective in earlier tests on primates that were infected on purpose.

Moderna, which carried out the studies with the National Institutes of Health, has submitted the study to a preprint server so it can be analyzed by the wider scientific community.