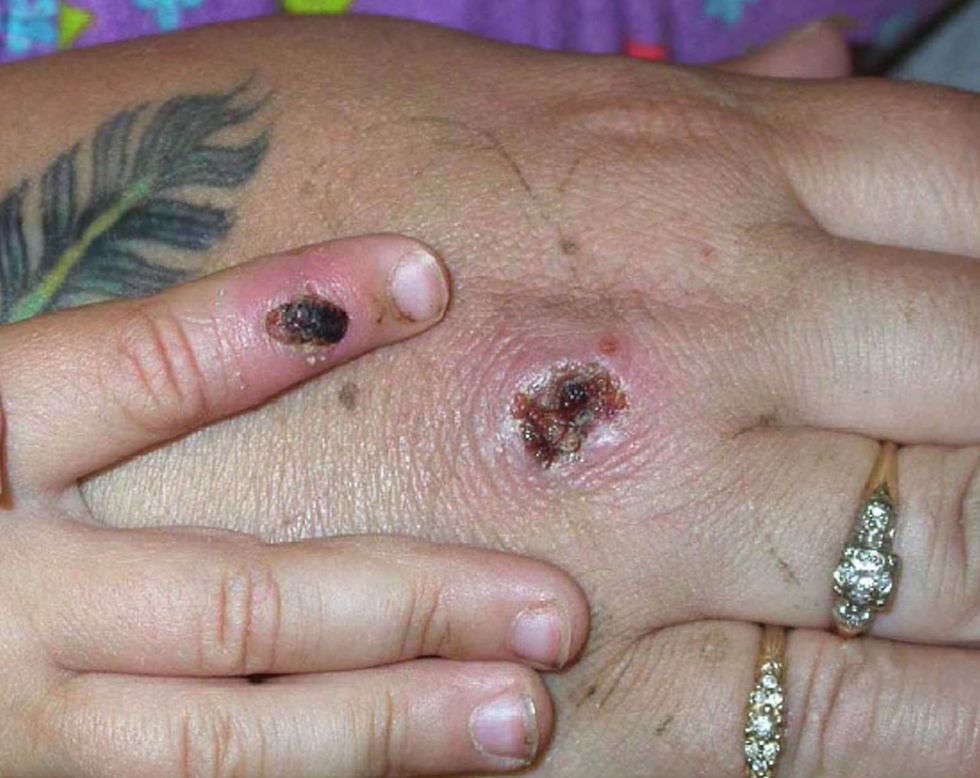 In this Centers for Disease Control and Prevention handout graphic, symptoms of one of the first known cases of the monkeypox virus are shown on a patient's hand on June 5, 2003. - CDC/Getty Images/Getty Images North America/TNS

The number of monkeypox cases reported worldwide has topped 550, fueling further concern about the viral disease. Rosamund Lewis, the World Health Organization’s technical lead for monkeypox research, confirmed that cases have been recorded across 30 different countries. She told CNN on Tuesday that the global outbreak is “quite different” than the norm, given that it’s happening simultaneously and in several places at once. “We’re seeing cases all appearing in a relatively short period of time. We’re seeing that in a few days, in a couple of weeks, we’re seeing over 500 cases,” Lewis said. “T...