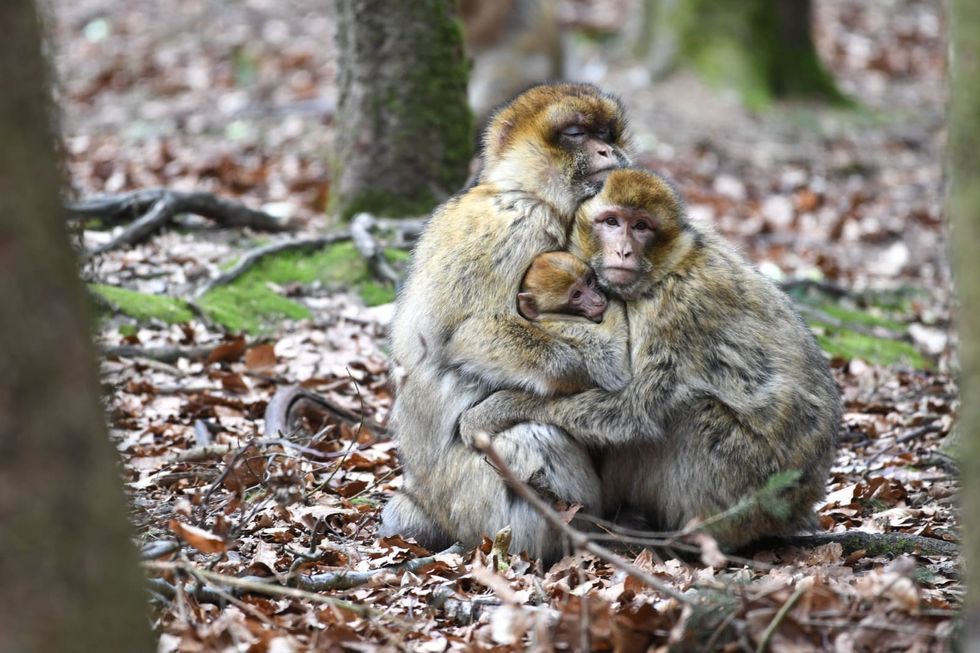 Monkeys break out of German zoo for third time in two weeks - Two Barbary macaques cuddle with a yearling on the ground in the Affenberg outdoor enclosure. Ten Barbary macaques managed to break free from their enclosure at the zoo in Loeffingen, outside the city of Freiburg, on Saturday. - Felix Kästle/dpa

Monkeys have escaped from a zoo in south-western Germany for a third time in two weeks, police said.

Ten Barbary macaques managed to break free from their enclosure at the zoo in Loeffingen, outside the city of Freiburg, on Saturday.

Zoo keepers spotted them roaming around the surrounding forest and were working to apprehend them, police said.

How the animals managed to escape was still unclear.

Police asked the public to avoid approaching, feeding or attempting to capture the primates should they run across them.

Four monkeys escaped from the same zoo on Thursday and were found hanging around a nearby highway. Zoo officials have confirmed they managed to capture three of the four, but the fate of the fourth was still unclear, police said on Saturday of that incident.

Two weeks ago two dozen monkeys made a getaway. At the time, construction work in the park was cited as the possible reason. Once again, police could not say if all the primates in this escape had ever been returned.

The monkeys are considered harmless, shy and timid, but could react with aggression if approached, police warned.