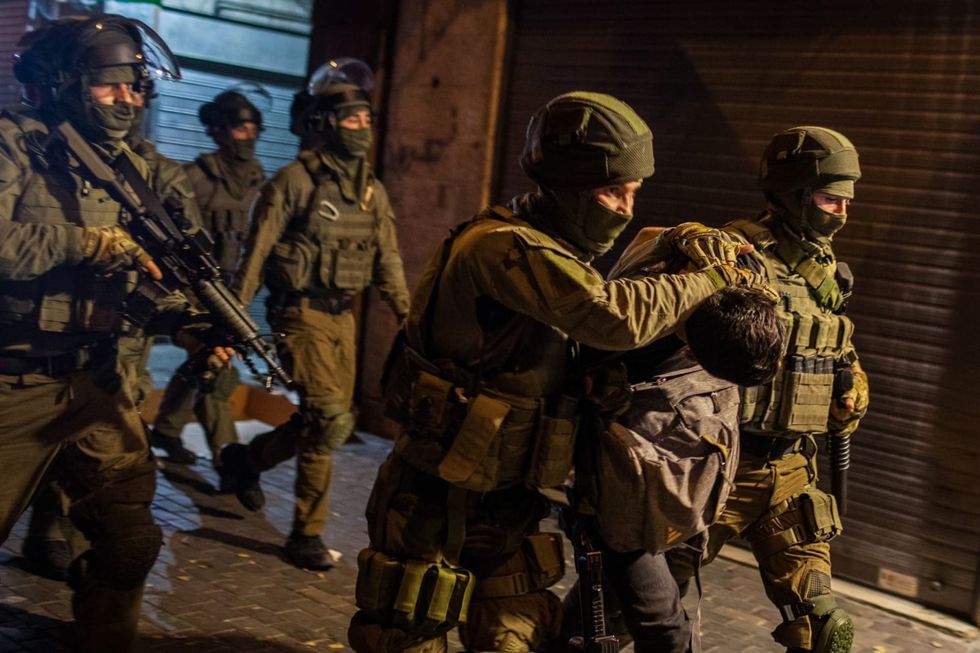 More than 200 people have been injured in heavy clashes between Palestinians and Israeli security forces in Jerusalem.

The Palestinian Red Crescent gave the number of injured as 205 early on Saturday morning, 88 of whom were taken to hospitals.

Many of them had been hit by rubber bullets.

According to the Israeli police, 17 officers were injured, about half of them needing treatment in hospital.

Clashes occurred between Palestinians and Israeli security forces in the Old City on the holy site know to Jews as the Temple Mount and to Muslims as the Noble Sanctuary. There were also clashes in the Sheikh Jarrah neighbourhood.

Thousands of believers had gathered there for prayers on the last Friday of the Muslim fasting month of Ramadan.

According to the police, the clashes began when stones and firecrackers were thrown at officers near an access gate. Police officers then moved into the compound to deal with the rioters. The confrontations continued well into the night.

The Islamist Hamas movement, which governs the Gaza Strip, condemned Israel's actions. It will "pay the price for its aggression," Hamas said in a statement.

There was initially no reaction from the Israeli government.

The US State Department and UN special envoy Tor Wennesland expressed deep concern about the ongoing violence in Jerusalem and the West Bank. Both called for moderation.

The EU's top diplomat, Josep Borrell, also called for a de-escalation in tensions. "Violence and incitement are unacceptable and the perpetrators on all sides must be held accountable," he said.

The agency quoted UAE Minister of State for Foreign Affairs, Khalifa al-Marar, as calling on Israel to "shoulder responsibility in reducing escalation and terminating all aggressions and practices" leading to tensions.

Since the start of Ramadan and the delay of Palestinian parliamentary elections, tensions and violence have repeatedly erupted in the West Bank and East Jerusalem.

Israeli security forces had most recently prevented an attack on one of their bases in the north of the West Bank on Friday morning; two attackers were killed.

Unrest was initially triggered by Palestinian anger over Israeli police blockades in the Old City during Ramadan.

A conflict over the possible evictions of Palestinian families in the Sheikh Jarrah neighbourhood further exacerbated tensions.

The neighbourhood has been the focus of attention for decades because of property disputes. Both Israeli settlers and Palestinians claim ownership there.

A decision could be made on Monday in the case of four families.

Borrell said that Sheikh Jarrah situation was "of serious concern" and that such evictions are seen as illegal under international law.

The status of Jerusalem is one of the central points of contention in the Middle East conflict.

Israel claims Jerusalem as its "eternal and indivisible capital," while the Palestinians claim East Jerusalem as their capital.