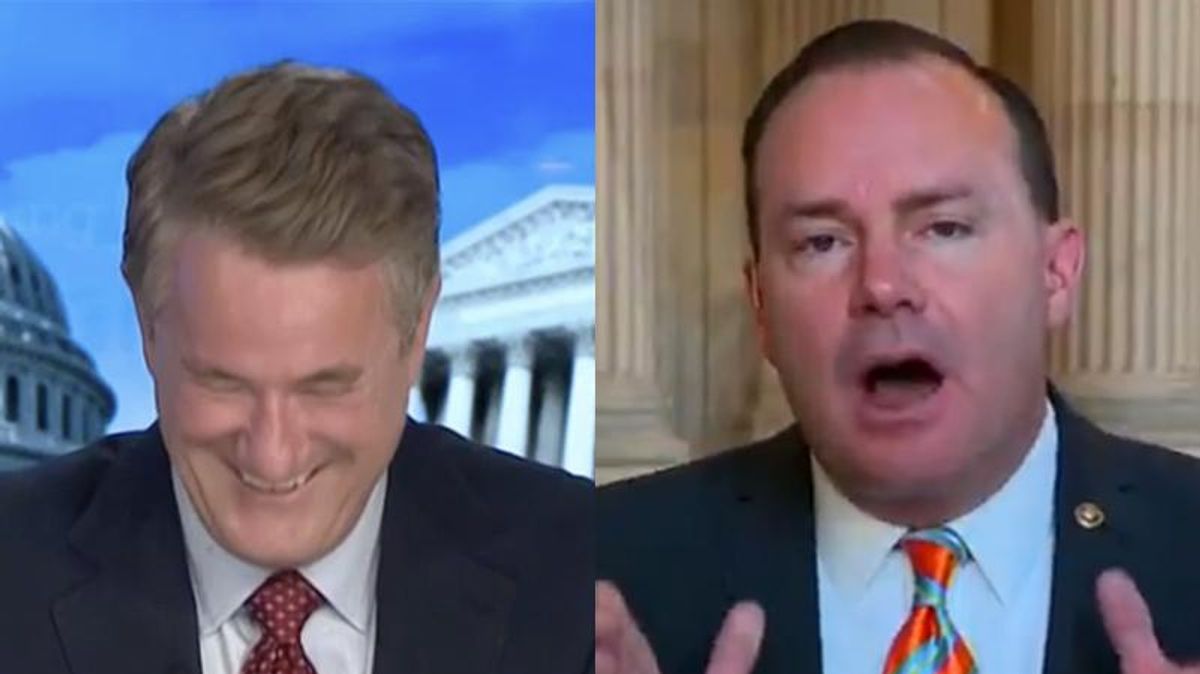 The "Morning Joe" panel dissolved in laughter on Wednesday after reading a report that Sen. Mike Lee (R-UT) unleashed a furious attack on the H.R. 1 bill designed to secure voting rights for all Americans.

As the panelists discussed the Republicans' obsession with cultural issues involving cartoons and Dr. Seuss books, co-host Mika Brzezinski interrupted to read a quote from Lee who said of the "For the People Act" that "Everything about this bill is rotten to the core. This is a bill as if written in hell by the devil himself" during an appearance on Fox News.

That led co-host Joe Scarborough to burst out laughing before he allowed Associated Press White House correspondent Jonathan Lemire to weigh in first.

"So, Jonathan, they're saying that Satan drafted -- Mike Lee is saying Satan drafted a bill that's meant to get more Americans involved in democracy," Scarborough said while smirking.

"That's an unlikely move for Lucifer," Lemire first deadpanned before grinning. "But we're seeing their inability to hit on Biden resulting in culture war issues."

Turning serious, he added, "Those embracing the mantle of Trump are frozen in place because they don't know what the former president is going to do. Trump has made clear to advisers he's in no rush to make a decision as to whether or not he will run again in 2024. If the party keeps on moving that much more to the right, yes, it will electrify his base, but it will be harder and harder to win national elections particularly, and this is where the white house thinking comes in, if Joe Biden and his team keep delivering."

Watch both clips below: