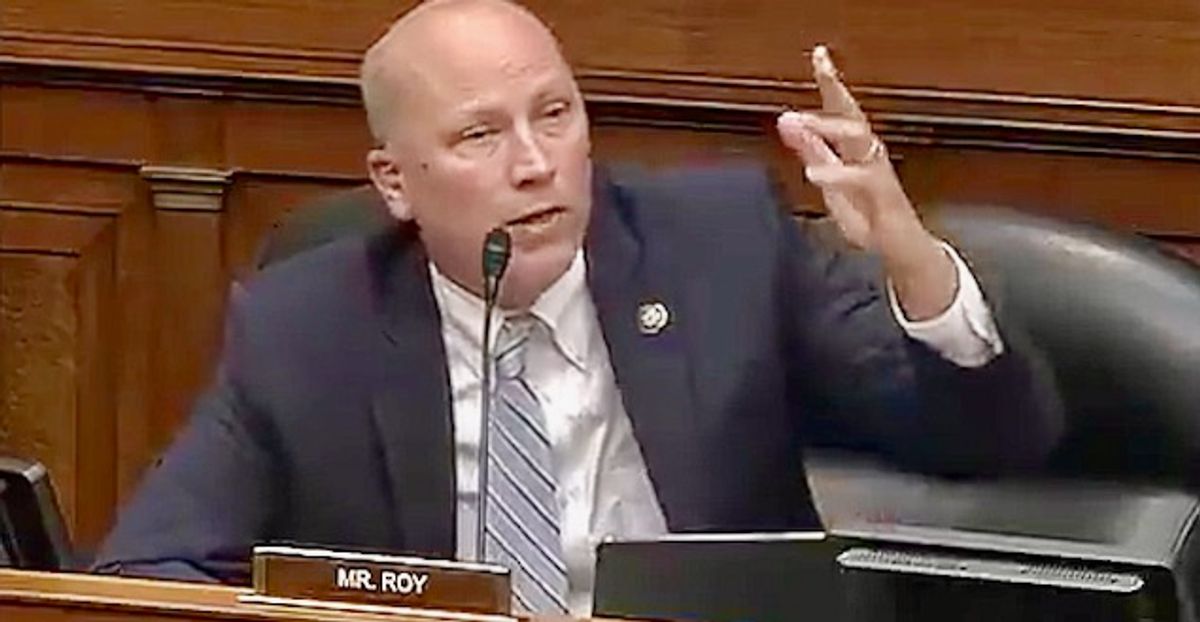 "Aleksei Navalny, the de facto leader of the Russian opposition, nearly killed last summer in a poisoning attack, boarded a flight back to Russia," Parker explains. "Most House Republicans cowered, refusing to hold Donald Trump accountable; Navalny went back home to confront the regime that tried to murder him."

Parker adds, "Navalny had been staying in Berlin since the Russian security agency FSB poisoned him before an August 20 flight from the southern Siberian city of Tomsk, where he was organizing with his Anti-Corruption Foundation…. Navalny had previously survived attacks in which unidentified assailants threw acid in his face, partially blinding him in one eye. He has repeatedly faced politically motivated criminal charges, and the European Court of Human Rights declared him a political prisoner for a house arrest designed to prevent him from leading protests. Russian authorities also held his brother in jail as a hostage for almost four years."

In contrast to Navalny, Parker writes, the House Republicans who were afraid to vote to impeach Trump were totally spineless. One House Republican who Parker praises, however, is South Carolina Rep. Tom Rice, who voted to impeach.

According to Parker, "Rice's calm confidence contrasts with the shameless cowardice of most of his Republican colleagues. Rep. Mike Gallagher of Wisconsin complained that House Democrats didn't give due consideration to his suggestion of a censure for Trump — as if, having survived one coup attempt and while preparing for another, members of Congress should have merely stated their displeasure with the president for inciting a mob that tried to assassinate them and done nothing to prevent his repeating the offense. Rep. Chip Roy, while conceding that the president committed impeachable offenses, whined with embarrassing flaccidity that the article of impeachment was poorly drafted."

Parker wraps up his article by stressing that when Gallagher and many other House Republicans had a chance to defend liberal democracy and the rule of law, they lacked the courage to do so.

"Anyone following Navalny's odyssey could only regard the spinelessness of congressional Republicans as pathetic," Parker writes. "Gallagher, Roy, and the rest can't compare to Navalny; they can't even match the everyday bravery of Tom Rice."