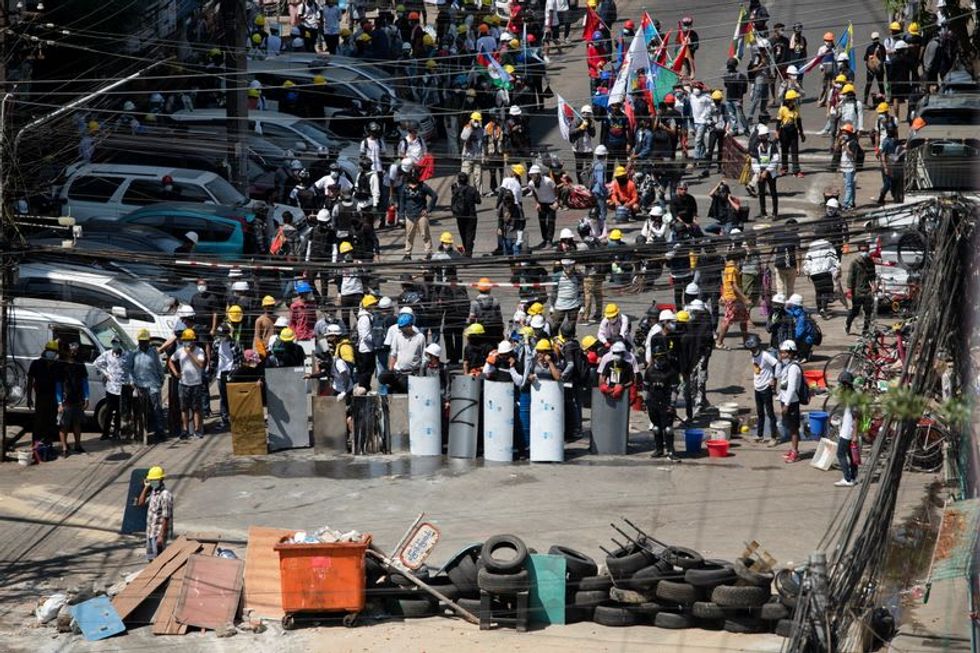 (Reuters) - Myanmar's junta lost a tug of war over leadership of its U.N. mission in New York and the United States unveiled new sanctions targeting military conglomerates after the deaths of dozens of civilians protesting against last month's coup. With tussles over diplomatic loyalties overseas, pro-democracy activists held more demonstrations in Myanmar on Friday to oppose the Feb. 1 ouster of the elected government of Aung San Suu Kyi. A big crowd marched peacefully through the second city of Mandalay chanting: "The stone age is over, we're not scared because you threaten us." There was no...