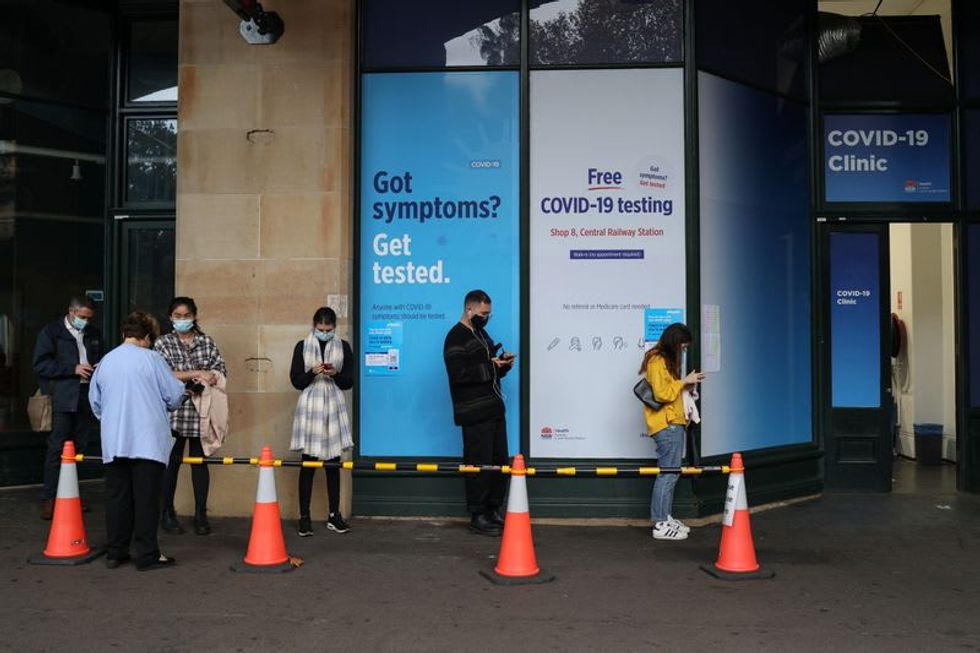 The swift action was taken a day after a 50-year-old man became the first reported local transmission case in New South Wales state in more than a month, with the source of his infection baffling health officials.

Further testing determined the man was infected with a variant first detected in India and genomic sequencing had linked the case to a returned traveller from the United States, NSW Chief Health Officer Kerry Chant said on Thursday, but there was no clear transmission path between the two people.

"We can't find any direct link between our case, so what we're concerned about is there is another person that is as yet unidentified that infected our case," Chant said.

"With several outstanding unknowns in the situation in Sydney it is safest to pause the QFT (quarantine-free travel agreement)," Hipkins said in a statement.

The so-called "travel bubble" between Australia and New Zealand opened less than a month ago. The NSW suspension comes into effect at midnight.

The case of the unidentified Sydney man, who passed the virus on to his wife, appeared to be the first time officials had reported the local transmission of an India virus variant in Australia.

Tests on the infected man had showed a higher viral load than typically seen in infected people, potentially increasing the chance that the man has spread the disease, officials said.

With many people expected to gather over the weekend for annual Mother's Day celebrations, the NSW state government restricted household gatherings to 20 guests and limited aged care facility visitors to two people per resident.

Masks will be mandatory on public transport and at indoor venues. All the restrictions, which cover around 5.3 million people in the country's biggest metropolitan area, take effect at 5 p.m. local time and are scheduled to last until Monday morning.

"We believe this is a proportionate response to the risk we have ahead of us," NSW Premier Gladys Berejiklian told reporters.

The measures will also cover Sydney's neighbouring regions of Wollongong, the Central Coast and Blue Mountains.

NSW Treasurer Dominic Perrottet entered self-isolation on Thursday after he visited a restaurant at the same time as the infected person, classifying him as a close contact, his office said. Perrottet, who attended a sitting of state parliament on Wednesday, has tested negative.

Authorities also asked thousands of residents in the city's inner west to seek testing for any mild flu symptoms after fragments of the coronavirus that causes COVID-19 were detected in the sewerage network used by several suburbs.

Separately, health authorities reported five new cases of blood clots in people who had received the AstraZeneca COVID-19 vaccine, the inoculation being used for the majority of the country's population over the age of 50.

Speedy tracing systems, movement curbs and border restrictions have largely reined in the spread of COVID-19 in Australia, which has recorded 29,865 cases and 910 deaths since the pandemic began.

The federal government is currently under some pressure to overturn a temporary travel ban on travellers, including its own citizens, from COVID-ravaged India. Australia has blocked all direct flights from the country until May 15.

A report in the Sydney Morning Herald newspaper on Thursday, citing unidentified sources, said at least two repatriation flights will be dispatched to India every week from the middle of this month to bring home around 9,000 Australians.

Prime Minister Scott Morrison, however, said the situation would be constantly reviewed.

"We are not going to commit to that at this point," Morrison told radio station 3AW on Thursday.