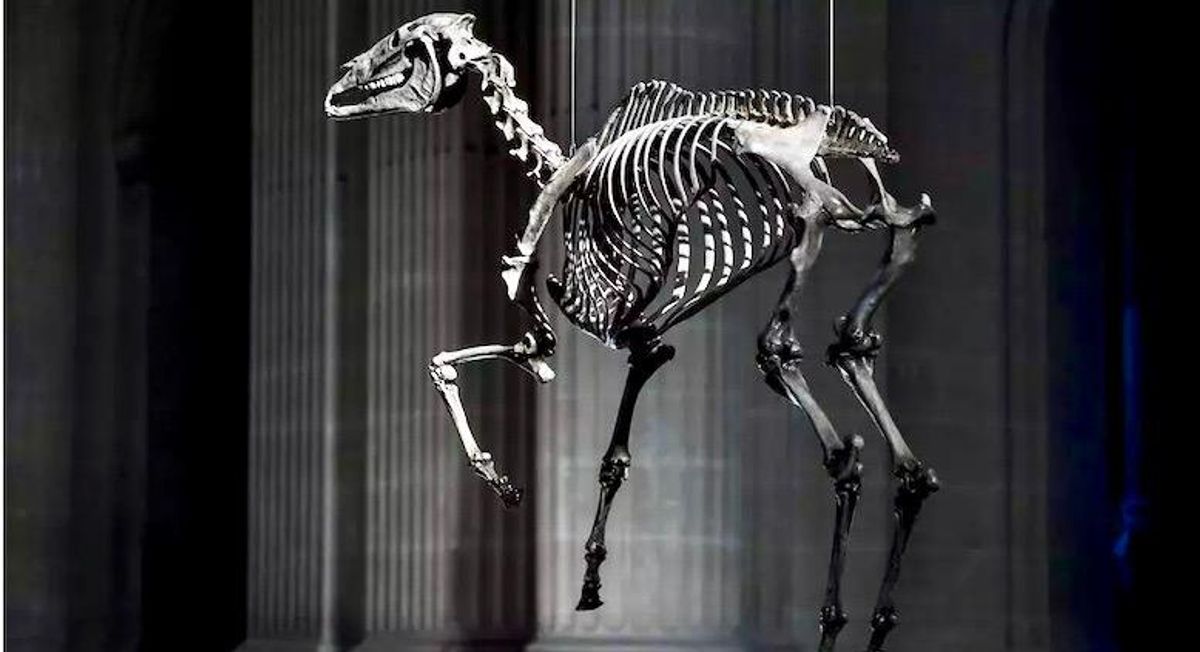 A reproduction of the skeleton of Napoleon's favorite horse Marengo has been hung over the French emperor's tomb in Paris -- to the outrage of his present-day fans as they commemorate 200 years since his death.

The artwork dubbed "Memento Marengo" by artist Pascal Convert immortalizes Napoleon's loyal steed, who bore the general through several battles before being captured by British troops at Waterloo in 1815.

Convert based his work on ancient traditions of horses accompanying their masters to the grave, copying the skeleton from the thoroughbred's remains kept in London's National Army Museum.

"I know some people might not understand this work, but it's anything but disrespectful," said Eric de Chassey, director of France's National Art History Institute (INHA) that has organized a series of modern art pieces displayed at the Invalides museum complex where Napoleon is buried.

"Death is the reality of war. Since ancient times, we've had this image of warriors ascending to heaven on horseback."

Napoleon fans blasted the piece, with historian Pierre Branda of the Fondation Napoleon calling it "grotesque and shocking" in an opinion piece for the Figaro newspaper.

Fondation Napoleon chief Thierry Lentz tweeted that he "couldn't believe" the artwork had been installed above his icon's tomb.

Other artists with pieces displayed at the Invalides have taken more direct aim at the emperor, with China's Yan Pei-Ming painting the moment Napoleon famously crowned himself, while Damien Deroubaix showed him as a black slave in chains.