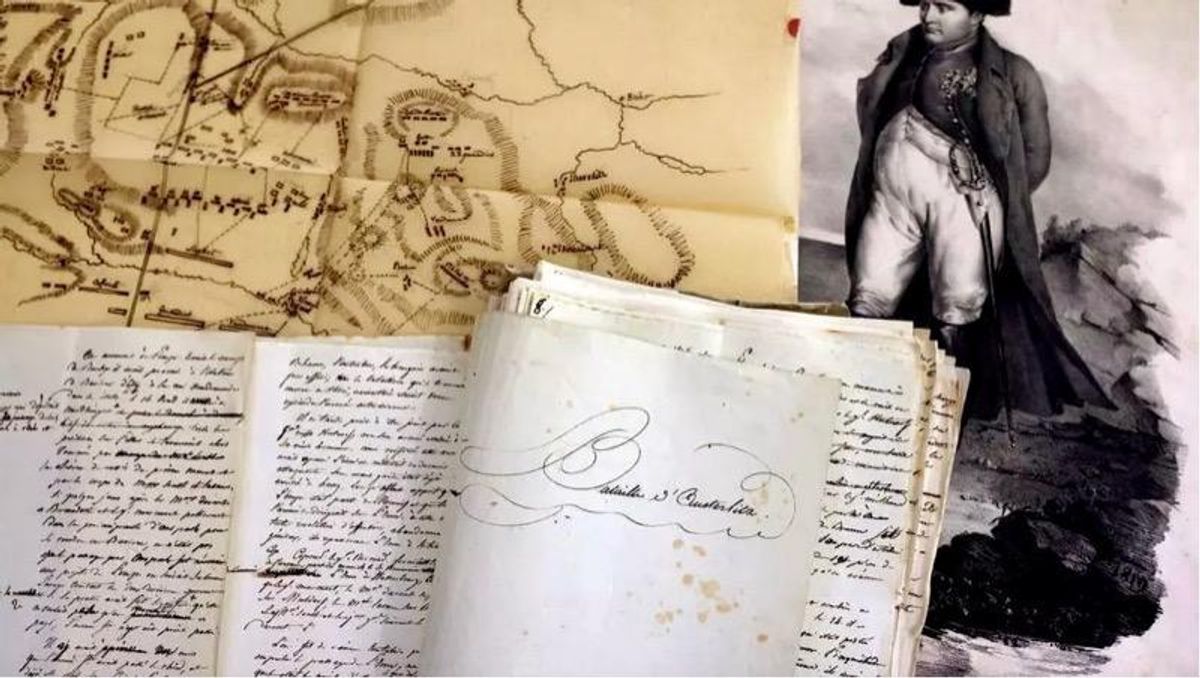 Napoleon does not refer to himself in the first person, instead prefacing his remarks with 'the emperor says' Thomas COEX AFP

The densely packed 74-page manuscript, dictated to Bertrand, contains several corrections by the exiled emperor, who crossed out words and added remarks in the margins in tiny writing.

Napoleon does not refer to himself in the first person, instead prefacing his remarks with "the emperor says".

The sale comes at the start of a year marking the bicentenary of Napoleon's death.

Gallery owner Jean-Emmanuel Raux, a collector of French imperial memorabilia, found the manuscript in a trove of documents belonging to Bertrand's heirs.

"It's the most fabulous document about French history that you could find in a private collection," he told AFP.

His daughter Alizee, who studied the manuscript in detail, said it was an "embellished account of the battle".

Within around nine hours on December 2, 1805, some 75,000 soldiers of Napoleon's "Grande Armee" outmanoeuvred a larger Russian-Austrian force at Austerlitz, in what was then the Austrian empire.

It helped to end the coalition between Francois I of Austria and Tsar Alexander I of Russia that had been financed by Britain -- and is a battle studied in French military schools to this day.

Napoleon details all the tactics he deployed to dupe his opponents into believing that French forces were weak -- including earlier retreats and negotiations that disguised the fact he had already chosen the site of the battle.

His exalted account trumpets the heroism of the French, from trooper to officer, and claims even wounded soldiers hailed the emperor.

"I will lose a good number of brave men," he said on the eve of the battle. "I feel bad that they really feel like my children, and, in truth, I reproach myself sometimes over this sentiment since I fear that it will leave me unqualified for war."

The manuscript will be exhibited until the end of the month at the Paris gallery Arts et Autographes, as well as online for potential foreign buyers.

The sale is part of the "BRAFA in the Galleries" art fair taking place in 126 galleries in 13 countries from January 27 to 31.

Collectors can arrange to view the manuscript in person or over the internet.