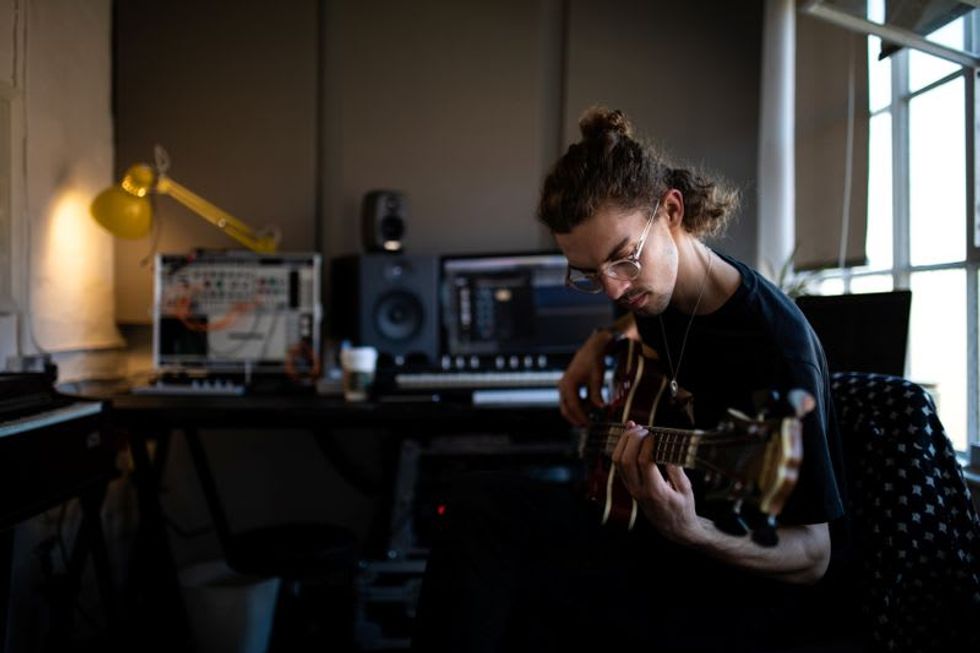 LONDON (Reuters) - From Antarctica to Australia, a British composer has captured sounds of nature around the world and put them together in a seven-hour body of work released to mark Earth Day on Thursday.

Ted White began collecting the recordings that range from caimans in the Amazon river to storms off the north coast of Scotland in 2015.

With the help of artists services company Platoon, the recordings, mixed with music he composed inspired by his travels, have been turned into seven records titled "Mindfulness Nature", each dedicated to a continent.

"I've tried to cover everything that you can imagine around the world within these albums. So you will go from the desert in the outback in Australia to the bitter coldness of Alaska in North America," White told Reuters.

"I had my personal goal of just wanting to create a big body of work, my musical diary of travelling ... (and) to try and give people the sounds that maybe they won't be able to hear if they can't travel to those places."

White, a music producer and sound designer from Liverpool, has captured noises from nature, animals as well as cities. He also used local instruments for music.

"With South America, especially in the Amazon ... it's just the diversity in the recordings and the sounds that you can hear," he said.

"You can be paddling along and hearing a huge caiman. And then a second later, you've got this roar of frogs and cicadas and all these incredible sort of insects."

Despite the COVID-19 pandemic curbing international travel, White has continued working on his project in the past year, heading to Scotland and other places around the United Kingdom.

"One major thing which struck home for me, especially over the last year, is how sonically the environments change," he said.

"I've been able to do some amazing recordings in the cities over the past year purely for the fact that there's not that many people around."

The release comes as people around the world mark annual Earth Day in support of protecting the environment.

"I wanted people to get truly immersed within them and to take inspiration from them and realise how important a day like Earth Day is," he said. "To take note on these sounds and how we can look after the environment essentially".