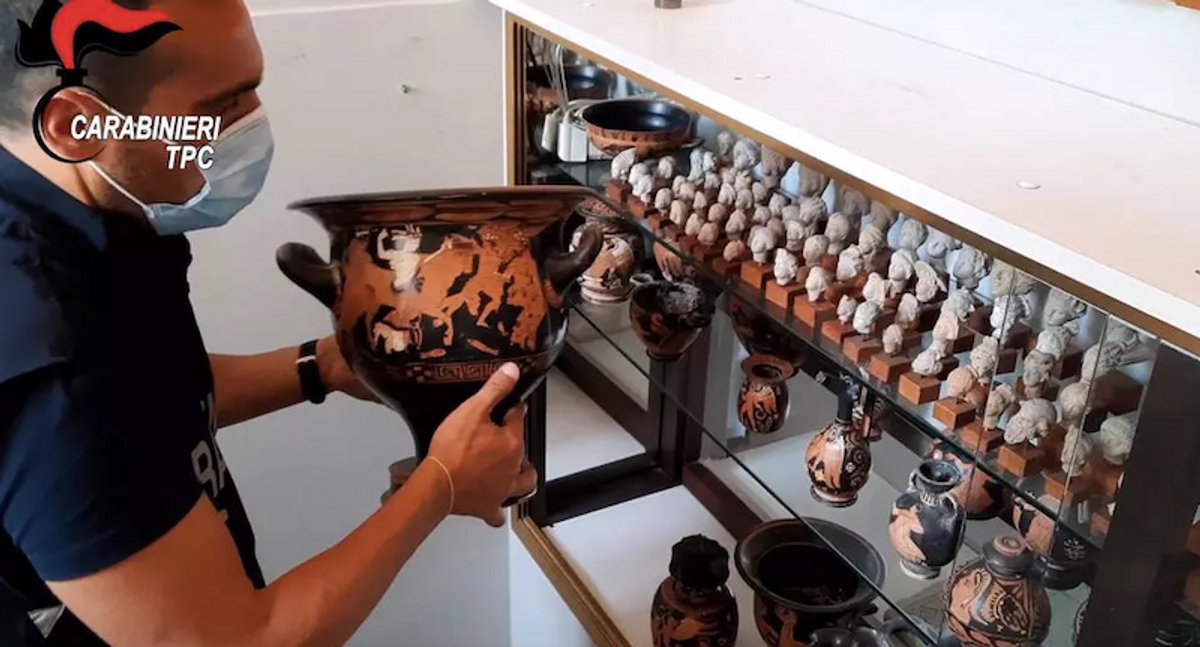 Italy said Monday it had recovered from a Belgian collector hundreds of illegally gathered archeological finds dating as far back as the sixth century BC, worth 11 million euros.

The nearly 800 pieces "of exceptional rarity and inestimable value", including stelae, amphorae and other works, came from clandestine excavations in Apulia in Italy's southeastern tip, according to the Carabinieri police in charge of cultural heritage.

The investigation began in 2017 after a state archaeology lab in Apulia noticed in European art catalogues that decorative elements from a Daunian funerary stele belonging to a "wealthy Belgian collector" resembled those found within a fragment in a southern Italian museum.

That flat stone slab from Daunia -- a historical region of Apulia -- in the collection of the Belgian collector was missing a piece in its centre.

An official within the restoration lab noticed that the piece in the museum's collection completed the design of a shield and a warrior on horseback that was missing on the stele.

"During the course of the search, a veritable 'archaeological treasure' was recovered, consisting of hundreds of Apulian figurative ceramic finds and other Daunian stelae, all illegally exported from Italy, which were then seized in Belgium," read a statement from police.

Italy was able to repatriate the works after all the legal appeals of the collector were dismissed, police said.

Besides stelae, the collection includes vases painted with red figures, amphorae, black glazed ceramics, and numerous terracotta figurines. The pieces date back to between the sixth and third centuries BC.