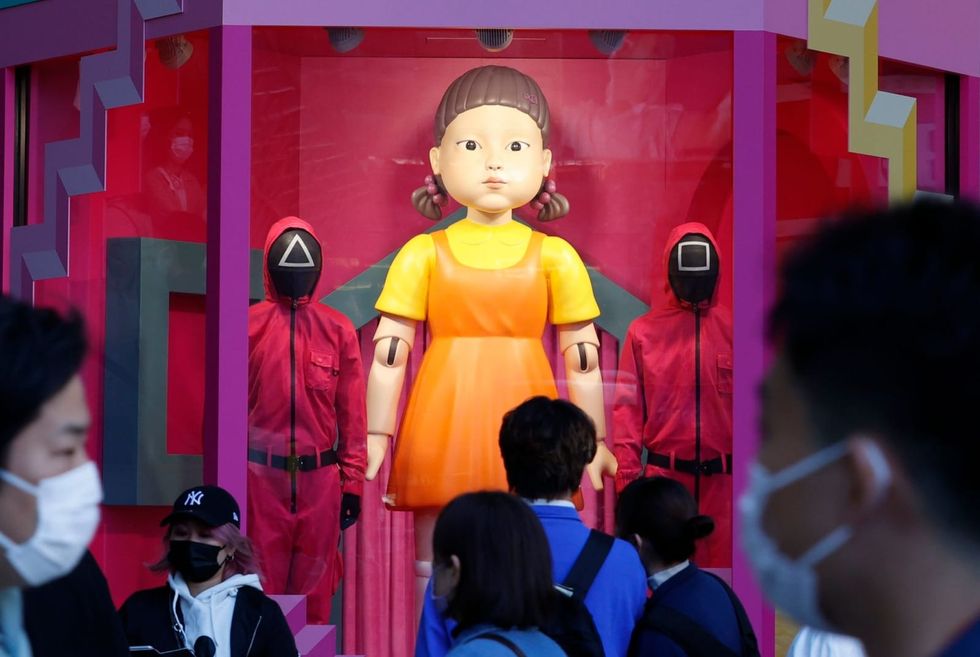 Netflix is turning the deadly contest from its hit show "Squid Game" into a real-world reality show with a prize money of $4.56 million. "All players will leave unscathed," Netflix says. Rodrigo Reyes Marin/ZUMA Press Wire/dpa

The prize money is a record-setting $4.56 million, except this time you don't die if you lose: Netflix is turning the deadly contest from "Squid Game" into a real-world reality show, albeit with a less brutal ending for unsuccessful contestants.

Just like in the hit show, 456 participants will compete against each other in various games, as Netflix announced on Tuesday with a teaser trailer for "Squid Game: The Challenge".

"Please note: Win or lose, all players will leave unscathed," the streaming giant says, underlining that - in contrast to the battle royale game organizers in the series - Netflix does not plan on killing off the 455 losing contestants.

Netflix says the prize money of $4.56 million is the highest ever in a game show. Little of the planned reality show is to be seen in the trailer, as Netflix is currently still recruiting contestants and has issued a casting call for interested people in the US, UK and elsewhere.

According to the announcement, people from all over the world who speak English can now apply online to join "the largest cast in reality TV history." Filming is expected to take place in early 2023.

The South Korean series became the most successful Netflix launch to date, clocking 111 million views in a month after it was released in September 2021.

In nine episodes, it tells the story of 456 people who have fallen into debt and are then made to compete against each other in children's games for the chance to win millions in prize money. Anyone who loses, dies.