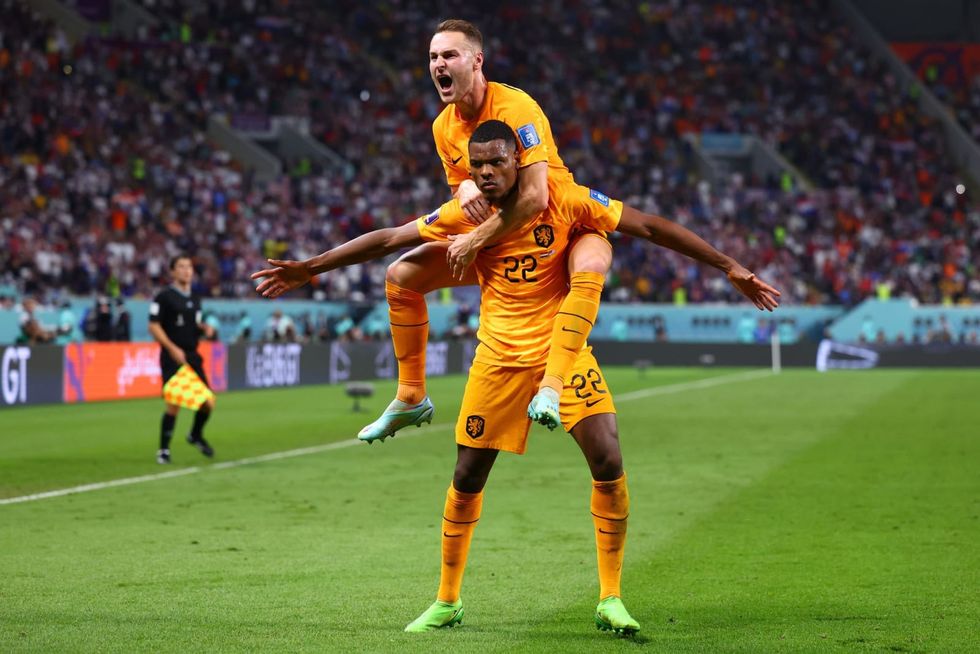 Netherlands' Denzel Dumfries (bottom) celebrates scoring his side's third goal with teammate Teun Koopmeiners during the FIFA World Cup Qatar 2022 round of 16 soccer match between the Netherlands and USA at the Khalifa International Stadium. Tom Weller/dpa

The Dutch opened the scoring in the 10th minute as Memphis Depay received the ball from Dumfries and finished off a beautiful team play from defence to attack.

Ahead of the break, and when the US looked closing to finding an equalizer, Daley Blind netted Dumfries' low cross to extend the lead for the European side.

Cody Gakpo cleared Tim Ream's header off the line early in the second half to keep Netherlands' advantage safe but saw his team waste chances to put the game to bed.

As the US kept pressing for some late drama, Haji Wright missed from a tight angle in the 75th, but pulled one back for the US just a minute later, sending home a cross from Christian Pulisic with a stunning looping ball into the far corner.

Their comeback, however, didn't last long as Dumfries got on the scoreboard himself in the 81st minute to wrap up matters.

In the quarter-finals on Friday, the Netherlands will meet the winner of the clash between Argentina and Australia later on Saturday.