New independence vote looms as Scottish nationalists ahead in count 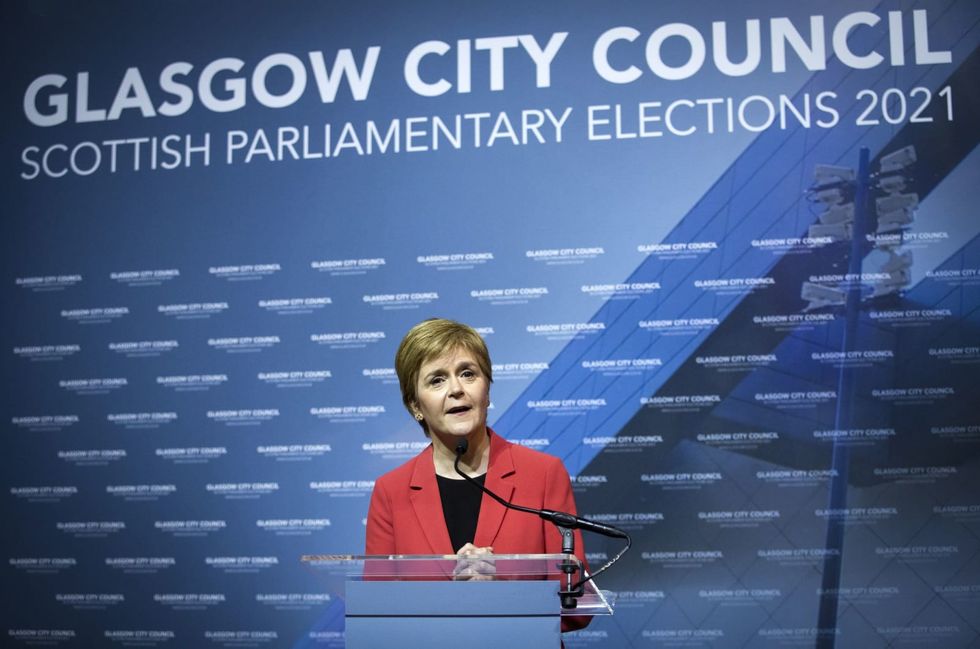 Parliamentary elections in Scotland - First Minister and leader of the Scottish National Party (SNP) Nicola Sturgeon delivers her speech on stage after retaining her seat for Glasgow Southside at the count for the Scottish Parliamentary Elections at the Emirates Arena. - Jane Barlow/PA Wire/dpa

The Scottish National Party (SNP), which favours Scottish independence, looked likely to come out strongest in elections in the regional parliament on Saturday morning, making the prospect of a second referendum on breaking away more likely.

Nicola Sturgeon, leader of the SNP, has said that she would push ahead with a second referendum on Scottish independence from the rest of the United Kingdom if her party wins a majority in parliament and "when the time is right."

However, even if the SNP doesn't win the 65 seats needed for an outright victory, there's a high likelihood that a pro-independence majority could be achieved with the support of the Greens.

The other major parties running in the elections that were held on Thursday include the Scottish Conservatives, Scottish Labour Party and the Scottish Liberal Democrats - who are all against Scottish independence.

The situation is already fanning tensions with London, with British Prime Minister Boris Johnson rejecting such a referendum as "irresponsible and reckless" in comments to the Daily Telegraph.

The general legal view is that the government in London must approve a referendum on Scotland's secession from the United Kingdom.

Scotland previously held a referendum on Scottish independence in 2014, when 55 per cent of people voted to remain part of the British union, while 45 per cent voted against. Sturgeon emphasizes, however, that Brexit, which the Scots rejected, has changed the situation.