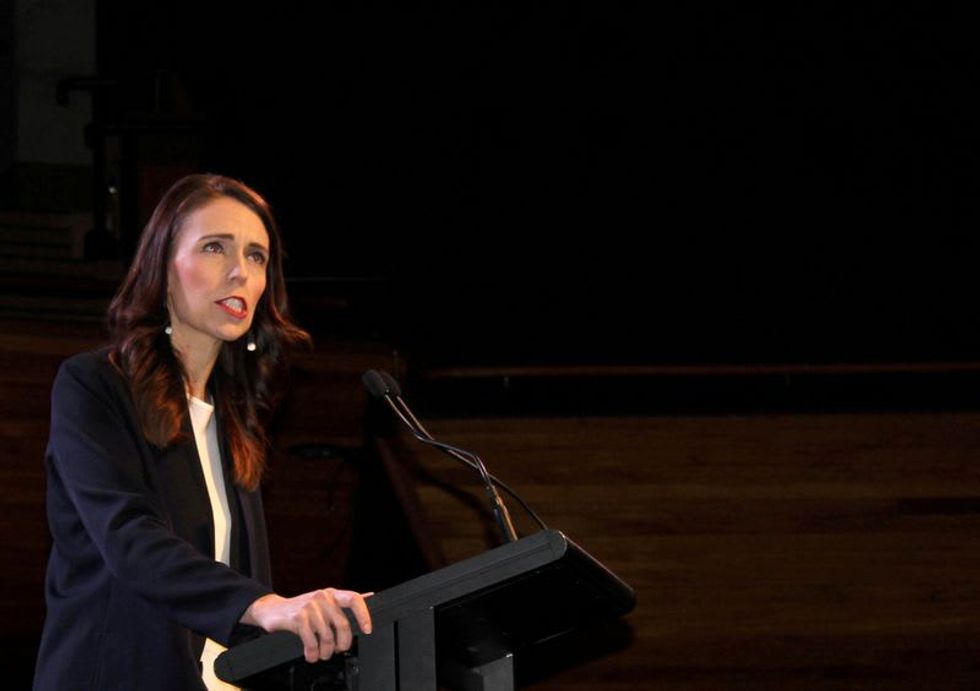 MELBOURNE (Reuters) - New Zealand's Prime Minister Jacinda Ardern issued a sombre state apology on Sunday to the Pacific community for racially targeted immigration raids in the 1970s that resulted in deportations and prosecutions.

The "Dawn Raids", which often occurred early in the morning, took place from 1974 to 1976 when New Zealand's economy was in a downturn and the government clamped down on immigrant workers from the Pacific who overstayed their work visas.

Addressing hundreds of people in attendance for the formal apology, Ardern said members of the Pacific communities continue to "suffer and carry the scars" of the raids in which they were specifically targeted and racially profiled.

"Today, I stand on behalf of the New Zealand government to offer a formal and unreserved apology to Pacific communities for the discriminatory implementation of the immigration laws of the 1970s that led to the events of the Dawn Raids," Ardern said.

"The government expresses its sorrow, remorse, and regret that the Dawn Raids and random police checks occurred and that these actions were ever considered appropriate."

As part of its formal apology, Ardern said her government will provide NZ$2.1 million ($1.5 million) in academic and vocational scholarships for Pacific communities and $1 million in leadership scholarships for young people from Samoa, Tonga, Fiji and Tuvalu, among others.

Sunday's event included an Ifoga, a traditional Samoan ceremony in which people ask for forgiveness or receive forgiveness, where some ministers and members of parliament draped a mat over Ardern, which was then removed by members of the Pacific community.

"There were no reported raids on any homes of people who were not Pacific; no raids or random stops were exacted towards European people," Ardern said during her apology.

According to Local 10 News, a commercial landlord in South Florida was caught on video shouting racial slurs at a former NFL player who had asked him to test the property for mold.

"A witness’s video recorded in March and released on Wednesday shows a man yelling racist slurs at former NFL player and Virginia Tech alum Jadon James Gayle in Miami," reported Joseph Ojo and Annaliese Garcia. "Gayle, the director of business development at the Infinity Sports Institute, identified the man as the landlord of his employer’s commercial space at 161 NE 24 St. Gayle said the man was 'very aggressive' and told a Hispanic woman who was near him 'go go and eat [expletive]' beans and rice."

Trevor Lee, who defeated longtime Rep. Steve Handy in the Utah House District 16 primary, admitted to operating the since-deleted @ballinlee account using the screen name "Truth seeker," which made false and offensive claims about LGBTQ people, after the Salt Lake City Tribune discovered his involvement and asked him for comment.

Depression forms, forecast to turn into Hurricane Hermine. South Florida in the cone

MIAMI — A tropical depression formed Friday morning in the hot waters of the Caribbean, a system that the National Hurricane Center expects to significantly strengthen and make landfall somewhere in Florida around Wednesday — potentially as a Category 2 hurricane. Exactly where is the big question and concern, with nearly the entire peninsula potentially at risk. The first cone of concern is pointed near Fort Myers, but forecasters caution that the initial track could change. The National Hurricane Center forecasts tropical depression nine to strengthen into a tropical storm sometime Friday. I...