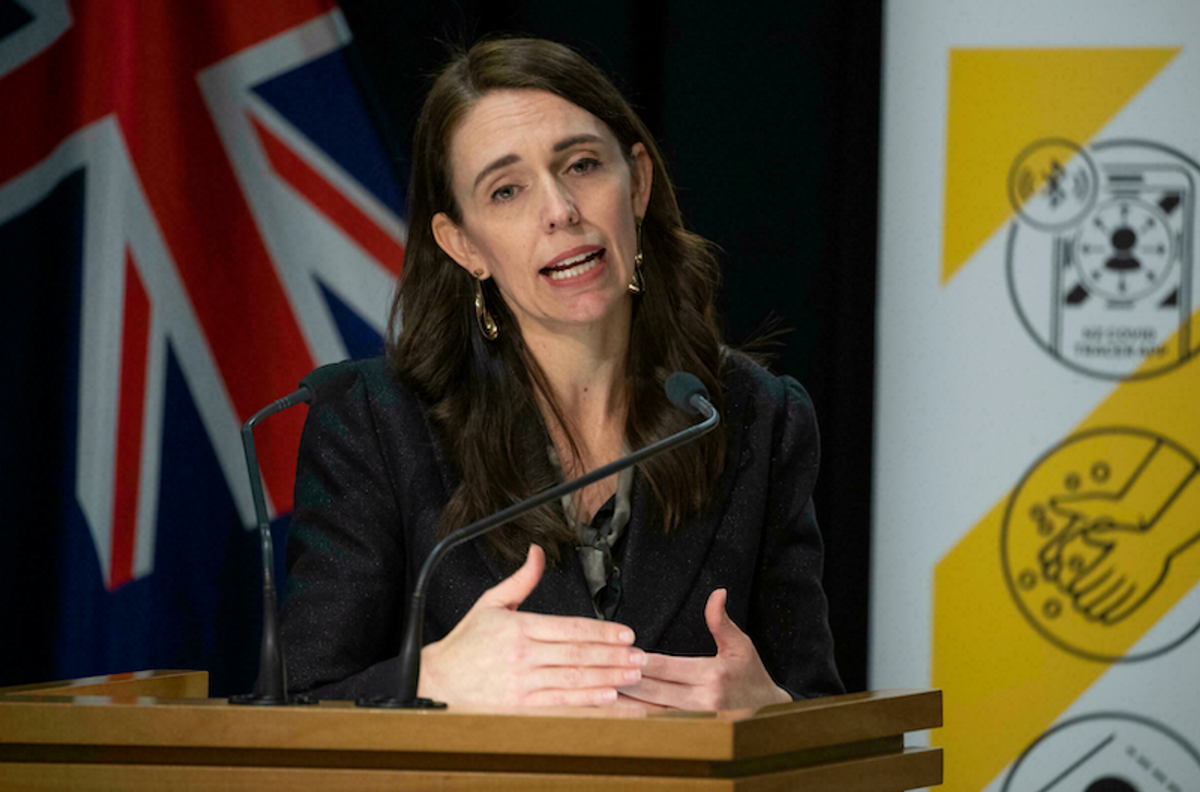 New Zealand reported a breakthrough Thursday in tracing the source of a Covid-19 outbreak that plunged the nation into lockdown, with Prime Minister Jacinda Ardern saying it should help "stamp out" the virus.

Health officials have been trying to determine how an Auckland man contracted the coronavirus this week, ending a six-month run of no community cases in New Zealand.

Tests showed the man had a version of the Delta strain found in Australia, and Ardern said investigations narrowed down the origin to a person who arrived from Sydney on August 7.

She said the traveller had been in quarantine and hospital since touching down, indicating the virus had not been in the community as long as initially feared.

"We believe we have uncovered the piece of the puzzle we were looking for," Ardern told reporters.

She said finding the outbreak's source also increased the "ability to circle the virus, lock it down and stamp it out".

Case numbers grew by 11 overnight to a total of 21, she said.

Ardern ordered a three-day national lockdown -- New Zealand's first in 15 months -- when the first case emerged on Tuesday, with Auckland and nearby Coromandel facing restrictions for a week.

"We're all prepared for cases to get worse before they get better, that's always the pattern in these outbreaks," she said.

But she said there were grounds for cautious optimism "because we believe it wasn't here for long before it was found".

The infected traveller arrived from Sydney on a so-called "red zone" flight, arranged to bring back New Zealanders stranded when Wellington suspended a trans-Tasman travel bubble due to multiple outbreaks in Australia.

The person tested positive two days later and was hospitalized a week after that.

Officials said it was still unclear how the virus spread into the community and 1,000 close contacts of positive cases were being assessed.

A decision is due Friday on whether the three-day lockdown will be extended or end by Saturday.

New Zealand has adopted a policy of eliminating the virus in the community, rather than containing it, which has resulted in only 26 deaths in a population of five million.

Neighboring Australia has been pursuing a similar "Covid zero" strategy, but is struggling to contain outbreaks of the Delta variant.

Early in the pandemic, Wilcannia's roughly 750 residents put up signs on the town's limits asking travelers not to stop -- fearing the virus could obliterate an already vulnerable community, where more than 60 percent identify as Indigenous.