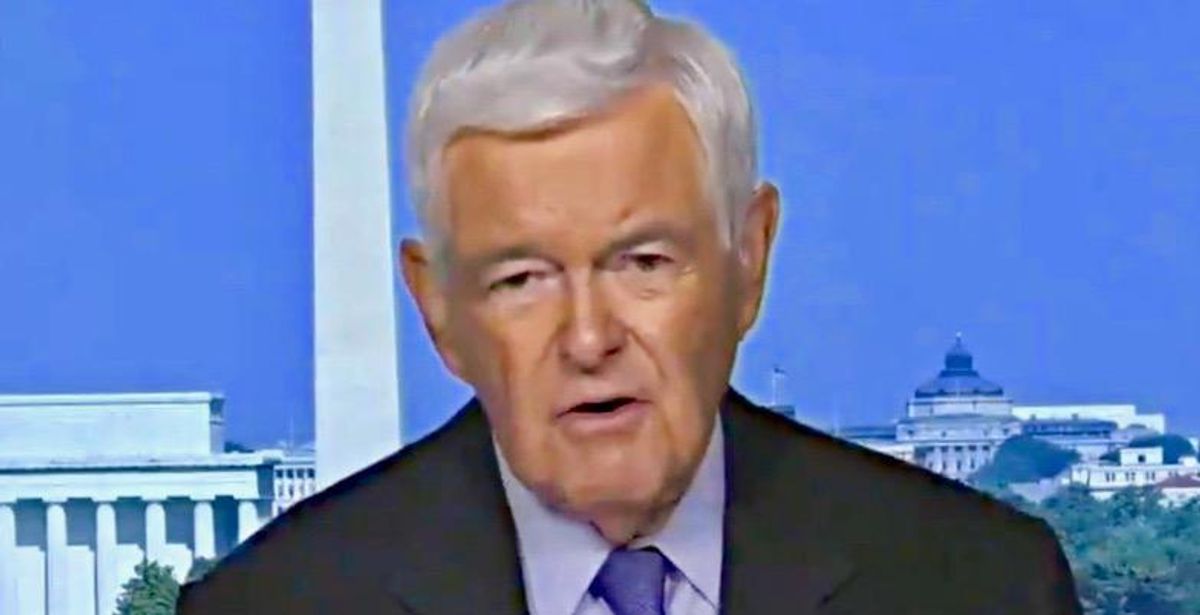 Gingrich also accused Democrats of being "anti-American" and "radical."

"They don't come all the way across Mexico for the purpose of visiting for two days," Gingrich cried, as Media Matters reports. Gingrich's wife was Ambassador to the Vatican under Donald Trump, the former president.

"They want to be in America," he said, ignoring all the reasons immigrants are desperate to leave Central America: drugs, gangs, bad economies, climate change, the coronavirus pandemic, crime, and death. Many of those factors are a direct result of American policies and actions.

"And I think what's hard for most of us to accept, is that the anti-American left would love to drown traditional classic Americans with as many people as they can who know nothing of American history, nothing of American tradition, nothing of the rule of law," he insisted, also ignoring that for centuries immigrants unschooled in American democracy and traditions have been coming to the U.S. to make a better life for their families.

Some experts blame Gingrich for the extremism and polarization of American politics today. Gingrich frames himself as an icon of conservative and traditional America but in fact is a thrice-married, twice divorced serial adulterer who cheated on his first wife while prosecuting President Bill Clinton's impeachment for lying about his affair, then asked his wife to agree to an open marriage. He left his first two wives while they were ill. He also skirted military service, using his status as a student and as a father to get deferments rather than serve his country in Vietnam. Gingrich was forced to resign as Speaker of the House in 1998 after a terrible drubbing in the November elections, which historians say was due to his ethics violations and extramarital affair with a woman, a congressional staffer 23 years his junior.

"And I think that," Gingrich continued in his anti-immigrant screed to Bartiromo, "if you go and you look at the radical left, this is their ideal model is to get rid of the rest of us because we believe in George Washington or we believe in the Constitution, and you see this behavior over and over again."

What Gingrich is engaging in is promoting fear via "the great replacement theory," hate speech used by Fox News' Tucker Carlson, antisemites, fascists, racists, the religious right, white nationalists, and white supremacists. Many likely remember the "tiki-torch-wielding" neo-Nazis marching in Charleston at the 2017 Unite the Right rally, chanting, "You will not replace us," and "Jews will not replace us."

That's what Gingrich is doing, all in this short 43-second clip: