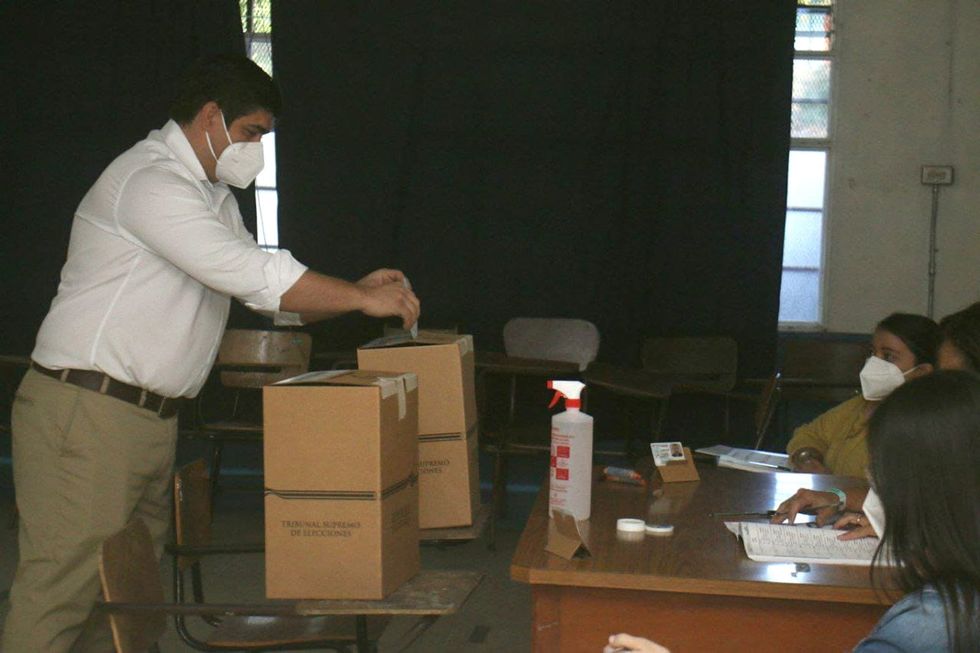 Carlos Alvarado, President of Costa Rica, casts his ballot for the presidential and parliamentary elections into a ballot box. A run-off is looming for the Costa Rican presidential election as no clear winner emerged in the vote count late Sunday. -/La Nacion via ZUMA Press/dpa

A run-off is looming for the Costa Rican presidential election as no clear winner emerged in the vote count late Sunday.

According to figures released by the electoral authority from counting at more than 75 per cent of polling stations, ex-president Jose Maria Figueres had a clear lead and was followed by ex-finance minister Rodrigo Chaves.

Fabricio Alvarado, an evangelical preacher from the right-wing Nueva Republica party, is in third place with around 15.1 per cent.

More than 20 candidates stood in the polls to elect a new president to succeed Carlos Alvarado, a social democrat who has been in office for almost four years.

As the Costa Rican constitution forbids re-election for the presidency, Carlos Alvarado could not run again. His PAC party, which has ruled for nearly eight years, trailed in the Sunday vote with candidate Welmer Ramos, the former economy minister, netting less than 1 per cent.

All 57 members of single-chamber parliament are also being elected. The PLN was leading in this vote too, with projections showing it would net just under 20 seats, while the PAC would get none.

A popular tourist destination, Costa Rica has about 5 million inhabitants and is known for its biodiversity and nature conservation efforts.