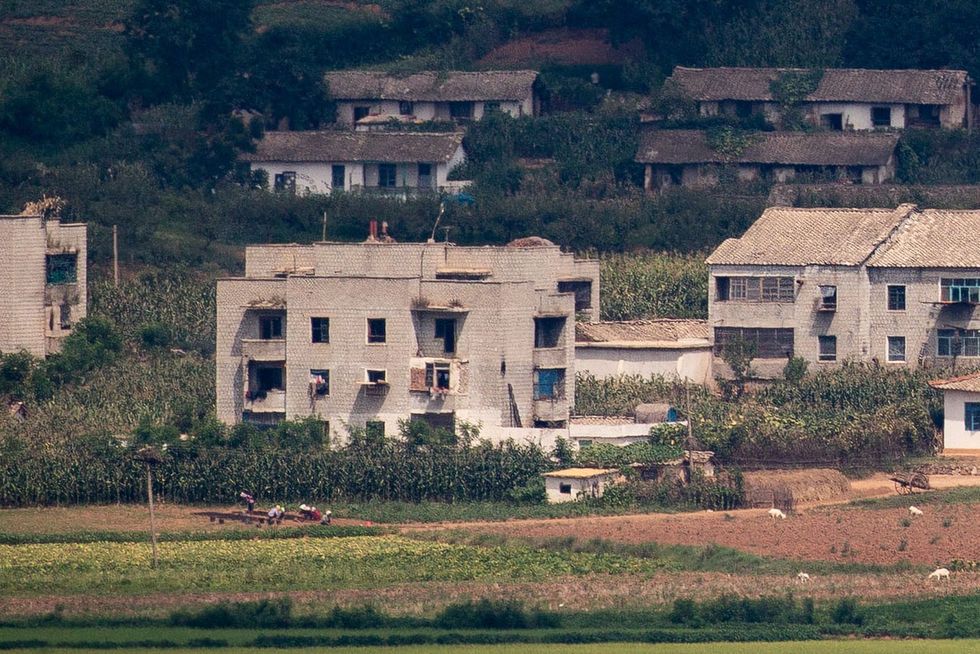 A general view from an observatory in the South Korean border city of Paju shows North Korean residents working in a field in the North Korean town of Kaepung on the western front-line border with South Korea. Kim Yo Jong, the influential sister of North Korean leader Kim Jong Un, called the exercises "an unwelcoming act of self-destruction for which a dear price should be paid," the official North Korean news agency KCNA reported. -/YNA/dpa

Kim Yo Jong, the influential sister of North Korean leader Kim Jong Un, called the exercises "an unwelcoming act of self-destruction for which a dear price should be paid," the official North Korean news agency KCNA reported.

Kim Yo Jong, a ranking official in the Workers' Party of Korea, charged that the summer manoeuvres "threaten the safety of our people and further imperil the situation on the Korean peninsula."

"The dangerous war exercises pushed ahead by the US and the south Korean side disregardful of our repeated warnings will surely make them face more serious security threat," she asserted.

North Korea would increase its capabilities for a "powerful pre-emptive strike," she added.

Kim Yo Jong's statement followed reports from South Korean media that South Korea and the United States will start their summer exercises on a smaller scale next Monday.

The eleven-day command exercise which begins next Monday is to focus on computer simulations. Before that, there will be four days of joint crisis management training that started on Tuesday.

The United States has 28,500 soldiers stationed in South Korea as a deterrent against threats from North Korea.

North Korea had already warned South Korea against new manoeuvres with the US at the beginning of this month.

The warning came just days after the restoration of communication channels between the two Koreas.