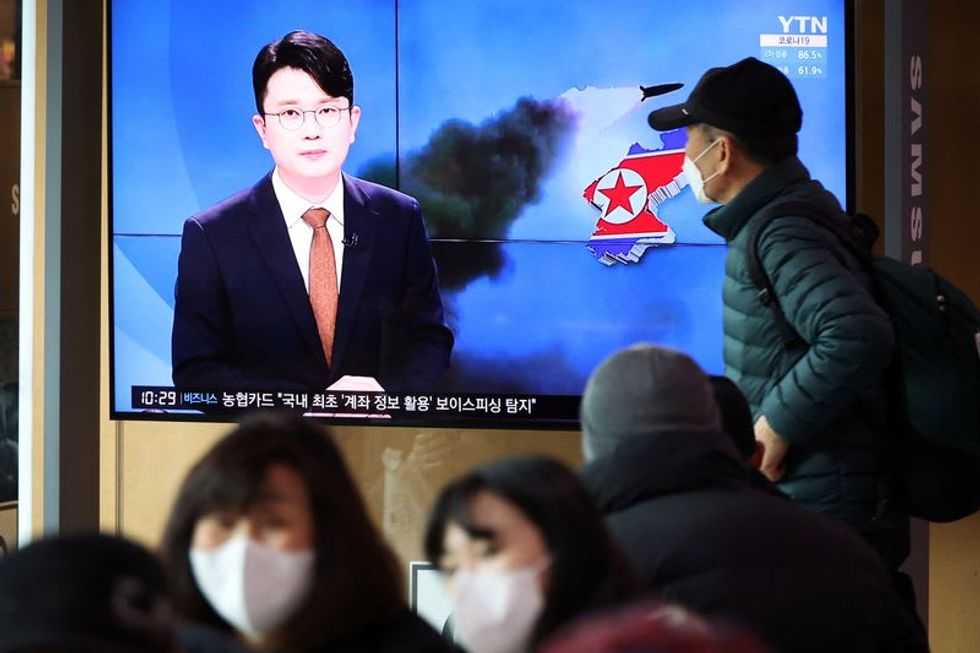 SEOUL (Reuters) - North Korea said it conducted "another important" test for reconnaissance satellite systems, state news agency KCNA reported on Sunday, a day after regional military authorities reported the launch of a ballistic missile from the country for the second time in a week.

The launch drew condemnation from governments in the United States, South Korea, and Japan, which fear the North is preparing to conduct a major weapons test in coming months. They see the North's satellite launches as thinly veiled tests of ballistic missile technology banned by United Nations Security Council resolutions.

North Korea's National Aerospace Development Administration (NADA) and the Academy of Defence Science conducted the launch "under the plan of developing a reconnaissance satellite," KCNA reported.

It was the second such launch in a week to test satellite equipment, and the ninth missile launch this year.

"Through the test, the NADA confirmed the reliability of data transmission and reception system of the satellite, its control command system and various ground-based control systems," KCNA said.

Like the last test on Feb. 27, KCNA did not elaborate on the type of rocket used in the launch, but authorities in South Korea said it appeared to be a ballistic missile fired from an area near Pyongyang where its international airport is located.

Amid stalled denuclearisation talks, North Korea conducted a record number of weapons launches in January, and has suggested it could resume testing nuclear weapons or its longest range intercontinental ballistic missiles (ICBMs) for the first time since 2017.

Saturday's test came just days ahead of a presidential election on Wednesday in South Korea, where officials are bracing for a North Korean attempt to launch its spy satellite into orbit in the near future.

"Any satellite launch would bring serious repercussions, as it's the same technology used to launch an ICBM," Lee Jong-seok, the top foreign policy advisor to ruling party candidate Lee Jae-myung, has told Reuters.

South Korea is also pushing ahead with plans for its own space launch vehicles, which are not banned by the UNSC.

It plans to test a solid-fuel space projectile this month as part of a project to deploy its own military surveillance satellites to monitor the North, Yonhap news agency reported.

Fresh fears after Facebook's role in US abortion case

Facebook sparked outrage by complying with US police probing an abortion case, boosting simmering fears the platform will be a tool for clamping down on the procedure.

Criticism built after media reports revealed the social networking giant had turned over messages key to a mother being criminally charged with an abortion for her daughter.

'A bunch of New Yorkers in addition to George Soros': Greg Abbott accused of antisemitism

Texas voters have had to face mismanagement of the state's electric grid, with hundreds of Texans dying in winter after the snowstorm that sent Senator Ted Cruz to Cancun, the horrific elementary school mass shooting in Uvalde, and Abbott spending millions of taxpayer dollars on anti-immigrant programs, including bussing migrants to Democratic-controlled cities like Washington, D.C. and New York City. Not to mention his support of the vigilante abortion ban and a "Don't Say Gay" bill, his failed promise to end rape, and the fact that Texas leads the nation in mass shootings.

Actor Sergei Bezrukov says the world has had enough of "liberal values" and hopes Moscow's intervention in Ukraine and foreign sanctions can help Russian culture chart its own path.

Bezrukov is among artistic figures who say Moscow should leverage the country's growing isolation to purify Russian culture of Western influence and promote conservative values including patriotism and the Orthodox faith.