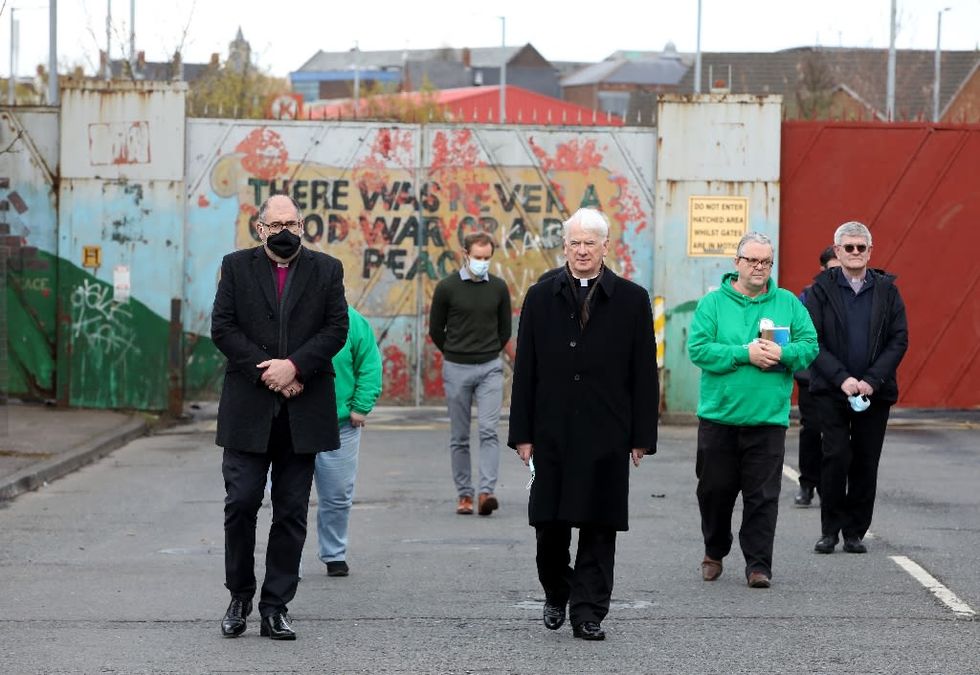 Belfast (AFP) - Northern Ireland marks its 100th year on Monday, but faltering efforts to commemorate the centenary encapsulate the rift at the heart of the British province.

Ever since Ireland was freed from British rule in 1921, Northern Ireland's existence has been controversial, and the knot in an often bloody tug-of-war between warring factions.

The province's troubled past, fragile present and uncertain future are endlessly disputed between pro-UK unionists and republicans who favour union with Ireland.

But the zero-sum contest is heating up again, in part due to Brexit.

"The centenary of Northern Ireland is, by its very nature, divisive, and it can't be anything but divisive," said Jonathan Evershed, a researcher at University College Cork.

"There is simply no way of commemorating Northern Ireland in a way that is reconciliatory or inclusive," he told AFP.

Northern Ireland was created on May 3, 1921 when the island of Ireland was split in two following the Irish war for independence.

Northern Ireland had a powerful Protestant pro-UK majority but a large demographic of pro-Ireland Catholics seeking shared destiny with a new free Irish state, which eventually became a full republic.

To this day, republicans often call Northern Ireland "the north of Ireland" and refer to the creation of the province as "partition" -- nodding to deeply held beliefs about an illegitimately imposed border.

Northern Irish republicans -- also known as nationalists -- often fly the Irish tricolour flag from their homes, a signal they identify as citizens of Ireland occupied by a foreign power.

On the other side, unionists pepper their enclaves with Union Jack flags, murals to Britain's royal family and the UK armed forces -- signifiers of a bond with mainland Great Britain.

This is the profound rift at the heart of Northern Ireland -- a war over whether it should, or even does, legitimately exist, and which sparked 30 years of bitter sectarian conflict known as "The Troubles".

Some 3,500 lives were lost before a 1998 peace accord and though violence has waned, division remains in a tug-of-war contest to edge the province closer to Ireland or to the UK.

In this context, each side's gain is the other side's loss -- sustaining a bitter cycle of political enmity and recrimination.

Britain's Northern Ireland Office promised centenary celebrations will "highlight the strength and beauty of the diverse perspectives and identities" in the province and the rest of the UK.

But the events are necessarily founded on the premise that Northern Ireland is a part of the UK, with Queen Elizabeth II as the head of state.

One planned event is for a "centenary rose" to be "presented to Her Majesty the Queen for her own garden" -- a prospect unlikely to delight fervent republicans.

The programme does include olive-branch events intended to fold in support from the nationalist community, including a cross-denominational church service and the foundation of an inclusive "shared history fund".

But the two main republican parties in Northern Ireland -- Sinn Fein and the SDLP -- boycotted a planning forum for events.

"There will be no celebration of partition which has failed the people of this island," said Sinn Fein's leader in Northern Ireland, Michelle O'Neill, last year.

Conversely, some unionists seemingly unsatisfied with the UK government's neutral rhetoric have set up a celebration committee with "a roadmap towards the next 100 years of Northern Ireland".

"Unionists and nationalists have different understandings of the past -- they commemorate different things, and do so differently –- because they have conflicting visions of the political future," said Evershed.

The centenary also comes at a time when Northern Ireland's future is ever more uncertain, and ever more hotly contested.

Unionists have lost their historic grips on regional and national parliamentary power while Britain's departure from the European Union has radically altered the international status of Northern Ireland.

When a post-Brexit transition period ended in January a new "protocol" for the province came into place, with checks at ports keeping it effectively in the EU customs union and single market for goods.

Rioting broke out in early April, emanating from the unionist community and among more hardcore loyalists where many feel the protocol endangers their identity.

"Northern Ireland's centenary is, I think, quite an unhappy one," said Evershed.

"Unionism greets the centenary of a state built in its own image but in which it no longer feels... secure, while republicans are forced to confront that a border they have opposed for 100 years still exists."