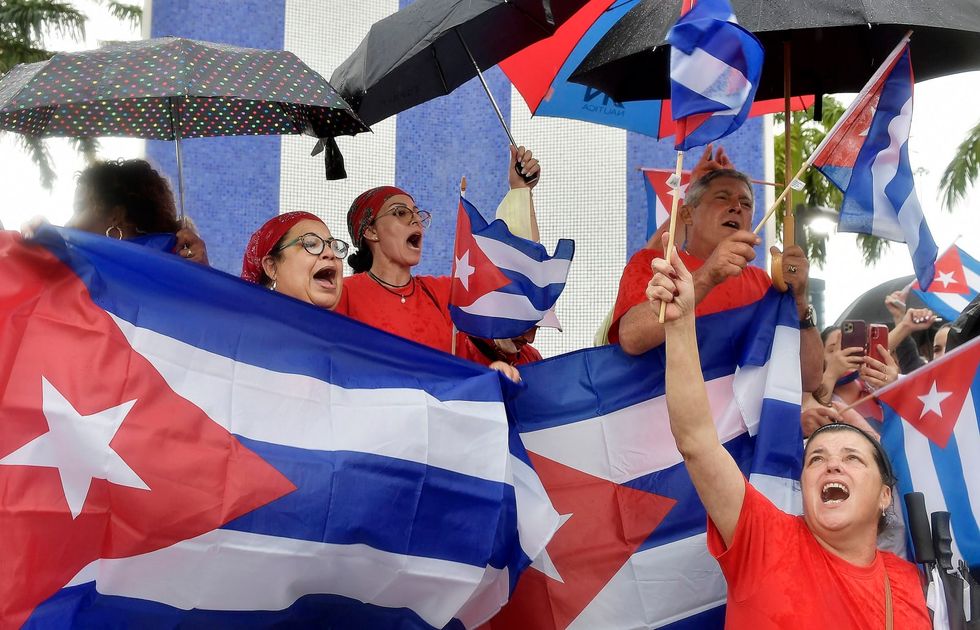 Hundreds of people participated in a community-wide rally in support of freedom in Cuba at the Cuban Memorial at Miami's Tamiami Park, Tuesday, July 13, 2021. - Michael Laughlin/TNS

Demonstrators march along Calle Ocho to show support for protests in Cuba against the communist government Starting from the Versailles restaurant, a group of protesters marched on Friday, July 16, 2021, to Domino Park in support of the protests against the Cuban government in Cuba. BY PEDRO PORTAL | JOSÉ A. IGLESIAS WASHINGTON – The first congressional meeting to address widespread, pro-democracy protests that ricocheted throughout Cuba on July 11 turned into a referendum on the U.S. government’s longtime embargo. The two witnesses at the House Foreign Affairs Committee’s hearing on Tuesday w...