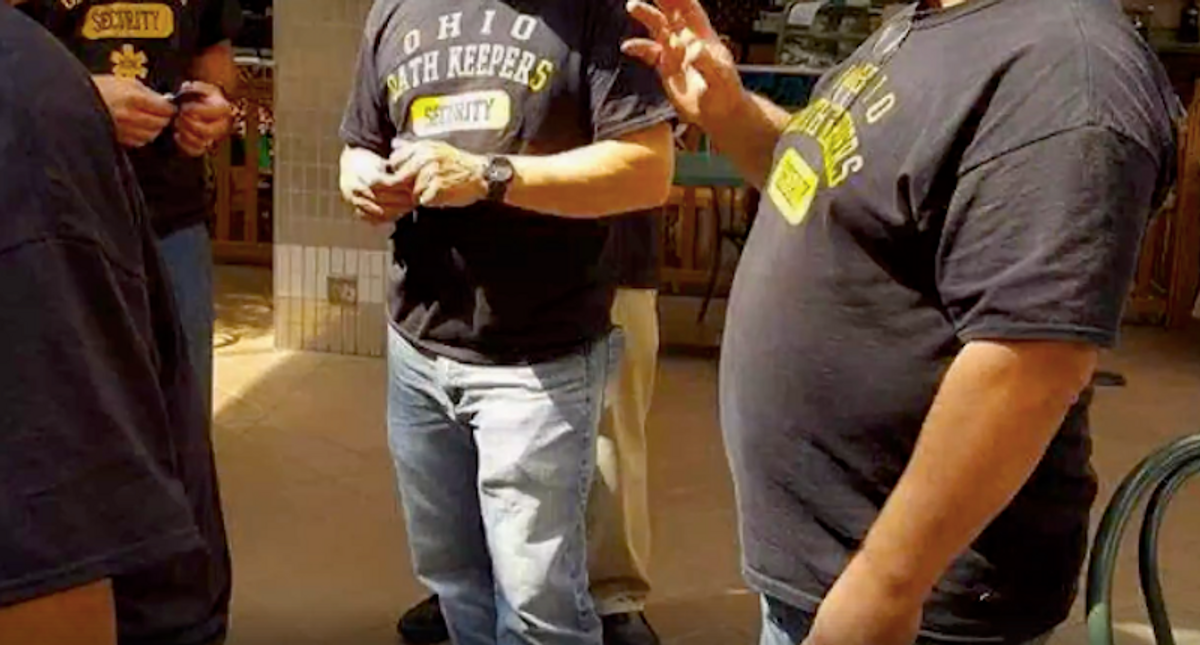 Law enforcement officials' affidavit notes that Caldwell was reportedly responsible for organizing a group of 8 to 10 individuals, including some who have been identified as "styled Ohio militia members" who "wore helmets and military-style gear and were seen moving purposefully toward the top of the Capitol steps and leading the move against police lines." The Ohio members of the group were reportedly arrested on Sunday, Jan. 17.

The affidavit also references a message Caldwell shared on Facebook on Jan. 1, just days before the pro-Trump mob stormed the U.S. Capitol. In that message, Caldwell noted that he had looked into travel accommodations for a group of individuals. One hotel location, in particular, was located in Ballston, Va., just 8 miles away from the U.S. Capitol. Caldwell reportedly highlighted that location because it "would allow us to go hunting at night if we wanted to."

That message was sent to a woman named Jessica Watkins. The 38-year-old U.S. Army veteran was among the Ohio residents arrested on Sunday, Jan.17 for storming the Capitol along with other members of the "Ohio State Regular Militia," an extremist group she allegedly founded back in 2019.

The FBI also highlighted another message Caldwell sent suggesting they would be mobilizing since Oath Keepers founder Stewart Rhodes had not made his "call to arms."

"I don't know if Stewie has even gotten out his call to arms, but it's a little friggin late," Caldwell wrote on Jan. 1, adding, "This is one we are doing on our own. We will link up with the North Carolina [sic] crew."

The affidavit also reveals that Caldwell also sent a video message from inside the Capitol on Jan. 6. Accompanying the disturbing clip, he wrote, "us storming the castle. Please share. Sharon was right with me! I am such an instigator! She was ready for it man! Didn't even mind the tear gas."

"Proud boys scuffled with cops and drove them inside to hide. Breached the doors. One guy made it all the way to the house floor, another to Pelosi's office. A good time," Caldwell said. Shortly after making that remark, Caldwell added, "We need to do this at the local level. Lets [sic] storm the capitol in Ohio. Tell me when!"

As of Tuesday, Jan. 19, more than 100 people have been arrested in connection with the riot that took place on Capitol Hill.